Paying tribute to the auto manufacturer’s most powerful V8 to date, the Ferrari F8 Tributo is a dream come true for any speed fanatic. Its distinctive characteristics set it apart from the crowd. As the latest addition to Ferrari’s mid-rear engine athletic models, it’s an exclusive ride that’s difficult to match. Can’t afford a Ferrari? You can find a range of high-performance cars for sale on Auto Mart at an affordable price.

If you’re lucky enough to get behind the wheel of a Ferrari F8 Tributo, you’re in for an unforgettable experience. In the history of the auto manufacturer, the Tributo has the most powerful engine for a non-special series model. Equipped with a 3902 cc V8 engine, the Ferrari F8 delivers 530 kW of power. It offers an increase of 36 kW of power when compared to its predecessor, the 488 GTB.

This engine is so outstanding that it received the Best Engine award for three consecutive years. The V8 was also named the best engine of the last two decades at the international awards ceremony. Its achievements are evidence of the V8’s athletic performance and superior driving pleasure. Its lighter design and improved aerodynamics also contribute to its exceptional performance. The addition of the latest Slip Angle Control is advantageous.

From the moment that you lay eyes on it, the Ferrari V8 will captivate your attention. Not only does it look incredible, but the design of the Tributo is also highly functional. The S-Duct boosts the overall downforce by 15%. Revised LED headlights boast a compact design, which contributes to the Tributo’s outstanding aerodynamics. The addition of a Lexan screen at the back emphasises the engine compartment, highlighting the vehicle’s contemporary styling elements.

Another noteworthy aspect of the Tributo’s exterior is the blown spoiler, which has been redesigned to boost the downforce at the back of the vehicle. The spoiler extends across the tail lights, which makes the vehicle’s centre of gravity appear lower. This model features a twin light cluster. Other evidence of the Ferrari V8’s rich history is the body-coloured tail, which is distinctive to the 8-cylinder Berlinetta.

When you step into the cabin of the Ferrari F8 Tributo, you’ll be entering a whole new world. The cockpit is built to meet the needs of the driver. While this model stays true to the styling elements typical of Ferrari cars, it has been redesigned to achieve maximum impact. You’ll notice changes to the dashboard as well as to the door panels and tunnel.

The remarkable Human Machine Interface features round air vents as well as a cutting-edge steering wheel. Redesigned controls also add distinction to the model. The innovative 7” passenger touchscreen display is a useful feature that adds convenience to your trip.

From its exclusive design to its exhilarating performance, there is no doubt that the Ferrari F8 Tributo is an exceptional vehicle. If you want to invest in a premium car without breaking the bank, find vehicles for sale on Auto Mart. 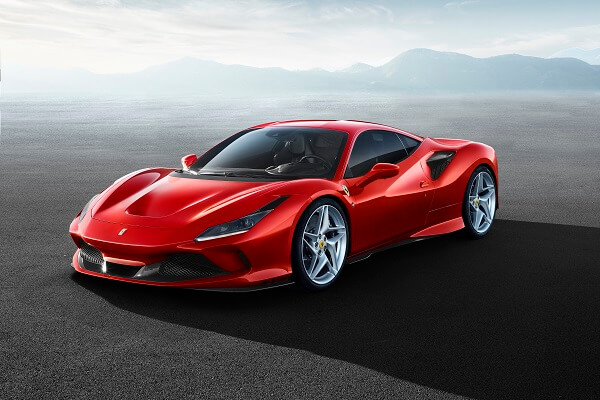