Looking for affordable used vehicles for sale? When someone says “bolt!”, would you expect a granny to come by, pushing a supermarket cart? No, you would probably imagine a rabbit jumping out of the grass or a highly-trained athlete pushing forward on a 100-meter dash. Either way, the thought goes for speed, agility and, usually relatively small size.

This is what Tata cars are designed for. The latest small car from Tata Motors is named Bolt. It’s available in hatchback and sedan version, and it’s ready to embrace the young, tech savvy driver who needs to quickly find a path through the urban jungle. 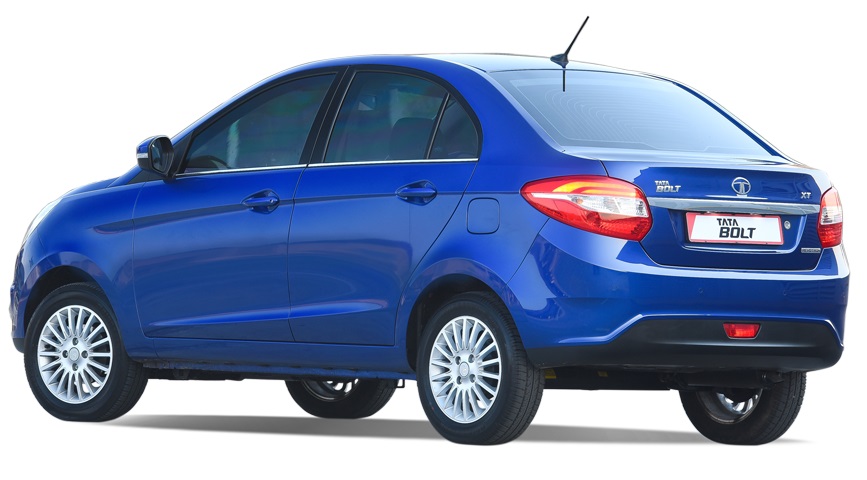 When compared to the older Indica, the Tata Bolt not only aims for better aesthetics, but goes as far as adding a turbocharged engine to the mix. Let’s find out more about this Indian prodigy.

Let’s not hide around the finger. Tata cars weren’t really known for its emotional, mind blowing designs. To be honest, some models actually seemed to be fighting for the pole position at the other (bad) end of the design scale (Tata Indigo, anyone?).

However, Bolt promises to dig out the standards and lift them up to a decent height. On the outside, critics will argue that it’s just Indica after getting some plastic surgery. Tata Bolt does look better. The shape is a bit more aerodynamic and features a better sense of shape.

The revised grille works well with the sharp headlights. The “floating roof” could use some improvement though. On the same sad note, the rear end struggles to keep up with the sleek front end. The hatchback version features 10 mm less of ground clearance (165 mm) compared to the sedan (165 mm).

There are daylight running lights and smoked projector headlamps ready to assist.

Fortunately, if you notice the car on its whole, it shows that Tata cars are finally getting out of the block based design. There’s room for improvement, but it’s a start nevertheless.

On the inside of these relatively affordable cars, it’s easy to notice that many of the plastics found in Tata Zest are also found in the Bolt. This time the whole interior is painted black – which doesn’t really push forward a feeling of richness, but rather one of price-cutting. Comparing once again with Indica, the progress is highly visible; shoddy plastics have been replaced with a higher quality trim.

The center console features a quality sound system along with a 5-inch touchscreen sourced from Harman. Music playback is available via iPod connection, SD card or Bluetooth streaming. The questionable quality of the touch screen may hassle the user for a bit. 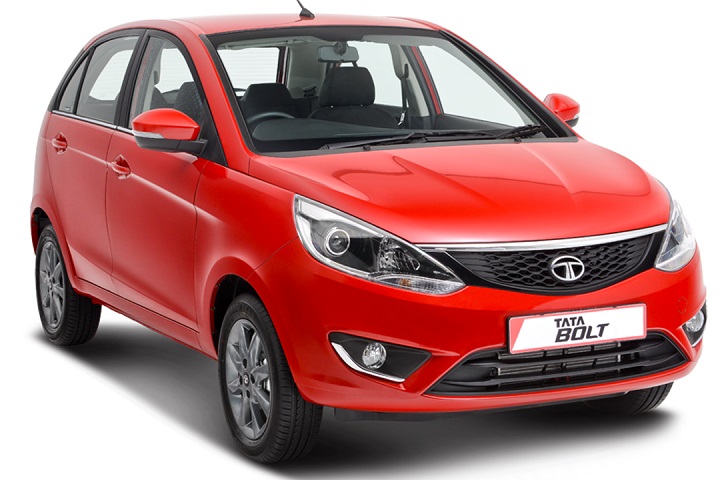 Front seats are highly comfortable while the rear ones offer a lot of space for legs and heads.

Like what you see from Tata South Africa? Create your Tata Alert on Auto Mart today!

Performance of the Bolt

Both the hatchback and sedan Tata cars come with the 1.2 liter Revotron turbocharged engine, good for 88 HP and 140 Nm, operated by a 5-speed manual gearbox. Neither of these are supercar values – however, you are basically getting a handful of power for a low-end price.

The engine accelerates linearly, without a sizeable boost when the turbocharger spools up. It might come as a surprise to see the Tata Bolt go over 160 km/h, given its relatively small displacement and power output. Don’t hold your breath though, as you will need to cover some distance on the freeway to reach that speed.

In terms of fuel consumption, a highway value of 5 litres / 100 km can be achieved when driving in eco mode. However, this comes at a considerable down-boost of performance, making it a bit undesirable in normal conditions. A mixed fuel rating would settle at around 6.5 litres / 100 km.

In the market for affordable cars like the Bolt? Create your Cars Alert and receive updates on the latest models advertised on Auto Mart.

Accessories for the Tata Bolt

There’s something great about this B-class zippy car. There are quite a few customizing options via accessories, allowing you to really make the Bolt, your own. Since it comes from India where dust storms are a regular, you may opt for a body cover. Tata South Africa offers the Bolt along with a head rest mounted coat hanger.

On the outside of the car you may want to opt for a 2 bike or a 3 bike Thule carrier. Filter sunrays with a Webasto sunroof and light up the interior via mood light available in seven colourways. Other options include mud flaps and, somewhat strange, a towing hook. 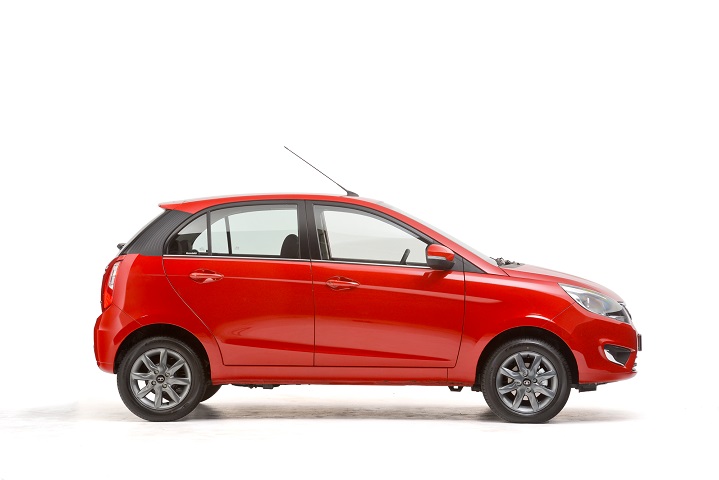 Overall, Tata Bolt promises to be a huge upgrade from its older sibling, the Indica, and also to provide competition for other B-class vehicles by providing a spacious interior and an affordable MSRP.

Looking for affordable cars? Check out the used vehicles for sale on Auto Mart and find your dream ride in no time.

Article Name
Zippy and confident Tata Bolt
Description
When compared to the older Indica, the Tata Bolt not only aims for better aesthetics, but goes as far as adding a turbocharged engine to the mix.
Author
Auto Mart Staff Writer
Publisher Name
Auto Mart
Publisher Logo