Looking at different cars for sale on Auto Mart but not quite sure what to buy? To help you on your quest to buying a new car – or if you are just interested in the market – we have highlighted ‘South Africa’s bestselling cars of 2016’.

2016 was a great year for the automobile industry. In South Africa we saw the release of a lot of new impressive car models; however this did not translate to higher car sales. If anything car sales were significantly lower than sales in 2015.

This was in part due to a weaker rand that sent car prices rising for the average South African and poor economic performance. People generally had less money to spend in 2016 and buying a new car was not a huge priority for most people. Without further ado here is a list of 2016’s top selling cars in South Africa.

The 2016 Toyota Corolla Quest and the Corolla Auris managed to make the top 10 highest selling vehicle list with total sales amounting to 17 499. 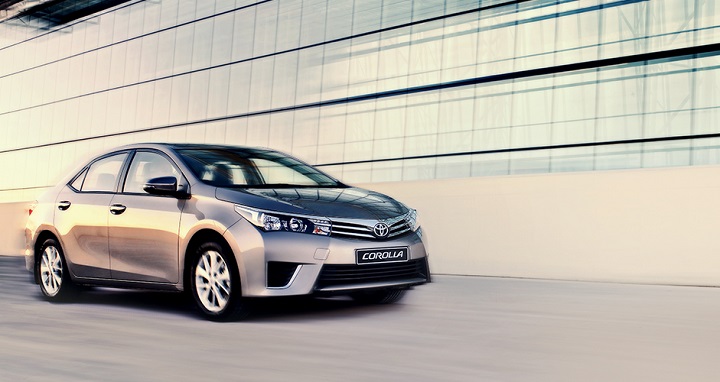 From a specifications perspective the Quest came out with 4 Cylinder valves, 90 kW power output, CO2 emissions of 157g/km, maximum speed of 195km/h and impressive fuel efficiency off 6.6 litres per 100km. The 2016 Corolla Quest came with a price tag starting from R208 500 onwards.

The Corolla Auris came at a higher pricing point with prices starting from R268 300 and a slicker more aggressive exterior.

As always the Auris had a very sporty appearance however its specifications did not seem to match its sport exterior. For anyone looking for a sporty sedan the car’s performance was somewhat disappointing but it did have its redeeming features such as being a very fuel efficient car.

Interested in a Toyota Corolla for sale? Read our “Bold and sophisticated Toyota Corolla” post to learn more about these top ten selling cars.

The Toyota Etios managed to creep into the top 10 highest selling vehicle list in South Africa with sales as high as 12 768. The Etios came out with a price starting from R172 200 and a major facelift. The new Etios featured a newly designed grille that came with a very rich chrome finish. 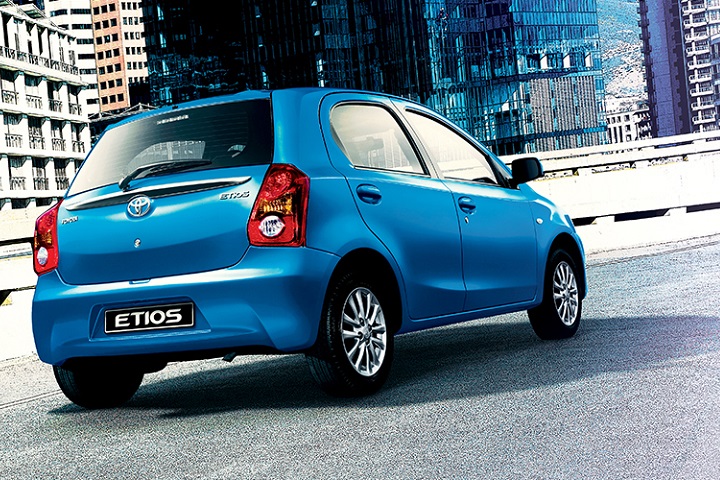 Unlike in previous models, the new Toyota Etios also came with an interior that did not look like cheap plastic. Overall the car’s appearance was a definite upgrade on its predecessors. In terms of performance the 2016 Etios offered a fairly respectable vehicle.

The Etios delivered a 1.5 – litre petrol engine, 5.9 litres/100km fuel consumption and an acceleration of 0 – 100km in just under 11 seconds. If this model tickles your fancy, browse Auto Mart to find a stunning Toyota Etios for sale.

Ford managed to launch a top-seller with the small but fierce 2016 Ford Fiesta. This 5-speed manual, 123 horse power, 3 cylinder hatchback managed to get to the top 10 highest selling vehicles in South Africa list with around 12 204 vehicle sales. 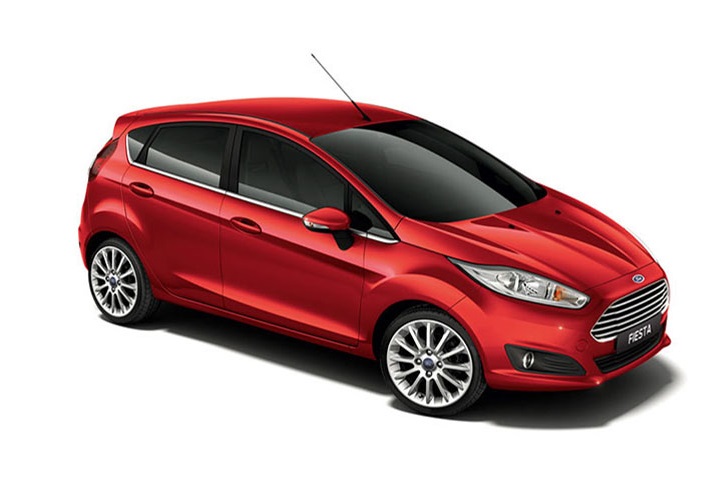 The Fiesta came with impressive specifications and a prioritisation of safety. Features such as ABS and Driveline Traction Control, Side Impact Beams, Driver Knee Airbags, Rear Child Safety Locks and Dual Stage Driver and Passenger Seat-Mounted Side Airbags added to the safety factor of the Fiesta. The car comes with a price tag starting from R198 596.

Check out the evolution of the Fiesta by visiting our Ford Fiesta Blog Tag. If you are already convinced that this is the car for you, browse through the deals on Auto Mart and find a Ford Fiesta for sale today.

Unsurprisingly the Ford EcoSport was also included in the top 10 selling list in South Africa. The Ford came out with a 5 seater Ecosport with a lot of storage space. This was a definitely built with families in mind with storage space large enough for families to utilize and low enough fuel efficiency to make the vehicle even more family friendly. 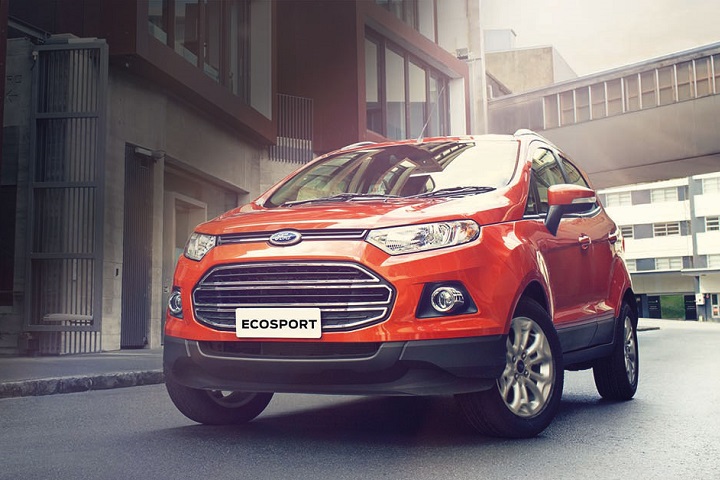 The EcoSport managed to achieve total sales of 11 442 in 2016. Visit www.automart.co.za to find your dream Ford EcoSport for sale.

This vehicle came with the price tag of around R436 400, with the automatic transmission version coming in at R453 400 and sold over 11 060 vehicles in South Africa alone.

Find a Toyota Fortuner for sale on Auto Mart. Need a little more convincing that this might be the car for you? Read our “Toyota Fortuner: Bold and powerful with a rugged design” post on the Auto Mart Blog.

Everyone loves the BMW 3 Series, so much so that it and few other cars have been affectionately referred to as, ‘vrr – pha’ motor vehicles by South Africans because of the vehicle’s ability to accelerate very quickly and the car’s very powerful engine sound. 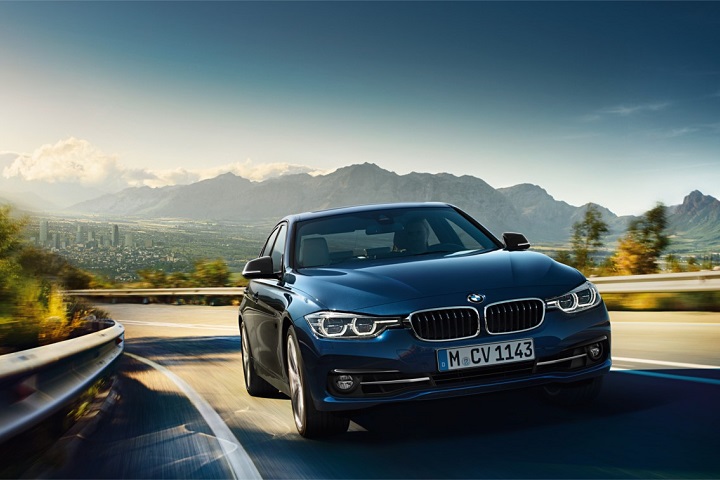 MW has undoubtedly grown into the ultimate symbol of middle class South Africa. It is no surprise then that the BMW series was sold around 6680 times in South Africa in 2016. As always BMW came out with a beautifully finished vehicle with a relatively low carbon emission and a very sporty top speed of 235 km/h.

If the BMW 3 Series for sale is the car you want to buy, be sure to browse through the current deals listed on Auto Mart.

If you have lived in South Africa for a long enough time then you have probably come across a few Renault Sandero vehicles down a highway in your city. In South Africa this is a very commonly purchased vehicle. It is not shocking therefore that this Sandero came out in the top 10 selling list in South Africa with total sales of 5861.

The Renault Sandero for sale was undoubtedly one of the safest cars in the market in 2016 offering features such as; Anti-Lock Brakes, Emergency Brake Assist, Electronic Stability Programme, Hill Start Assist and four airbags guaranteeing safety for the driver and the passengers.

Ford launched a well-priced Ford Figo for sale, coming with a price tag of between R175 700 to R217 900. For the price tag, the Figo was certainly pleasing on the eye and came available in multiple colours including; korea gold, smoke and ingot silver.

The Ford Figo managed to just sneak into the top 10 selling car list in South Africa with 5480 sales in 2016. Learn more about these sexy cars for sale by reading our “Ford Figo: Upgrade your game with bold and expressive styling” post on the blog.

As expected one of the top sellers of 2016 was the Volkswagen Polo. The German built vehicle is associated with reliability and performance at a fairly reasonable price and South Africans have come to love the low carbon emitting, 1.0 litre 3 cylinder vehicle.

With the 2016 model we saw no major changes, the car retained its symbol VW grille and appearance and there were no drastic changes in terms of vehicle performance.

With 28 830 the VW Polo Vivo was the highest selling vehicle in South Africa. The vehicle came in at R172 300. What makes this car a consistent high seller in South Africa is that the Polo vivo models come in at a very good price range yet manage to offer all the standard safety features such as Anti-lock Braking and decent performance that you can expect from pricier cars.

There you have it – the ten best selling cars in South Africa for 2016. Looking for a new set of wheels? Browse through the cars for sale on Auto Mart and find your new ride in no time. 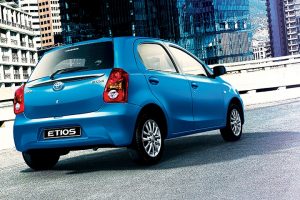