Home » An all new Mini Countryman for SA

An all new Mini Countryman for SA

Totally head over heels for the Mini Cooper Countryman? Auto Mart takes a look at the latest Mini Countryman, highlight everything that’s new, fun and fabulous. If you are in the market for a Mini Countryman for sale, this post is for you.

What you can expect from the newest Mini Countryman

With the all new Mini Countryman, Mini finally decided to launch a vehicle for the family man and woman. The all new Countryman is undoubtedly Mini’s largest vehicle in the brand’s 57 year old history. This seemingly odd undertaking of turning a Mini into a family car appears to have worked well.

The new Mini Cooper Countryman for sale is 20cm longer than its predecessors and the wheelbase has been elongated by 7.5 cm. This lengthier exterior makes the vehicle more suitable as a family vehicle giving passengers more leg space and adding to the passengers’ comfort experience.

In addition to the added comfort of this larger mini, the new Mini has been built with larger boot rivalling cars like the Audi Q2. While this is an incredibly large boot, it is just big enough to accommodate day to day luggage.

The new Countryman comes to South Africa with two engine options for Mini buyers. You have the choice between a three cylinder 1.5 litre turbocharged petrol engine and a larger four-cylinder 2.0-litre turbo charged 140kW engine.

You are not limited to engine choice alone, you can also choose between a 6-speed manual gearbox, a 6-speed automatic for the smaller engine or an 8-speed if you choose the large model. In terms of pricing the new Countryman has come with a price increase.

For the new Mini Cooper Countryman price you can expect ranges from R422 000 to R519 000 depending on the engine you choose and whether or not you are looking for automatic transmission. 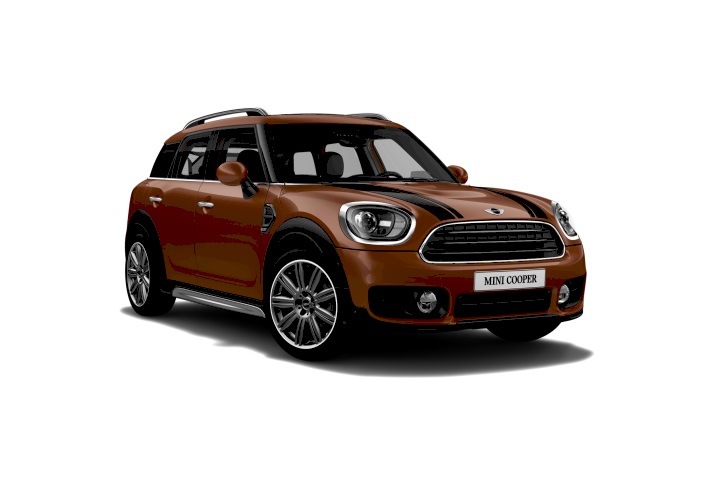 Aside from the size difference, the Mini Countryman comes with two doors on each side of its body, a feature unheard of in the Mini car series. This only serves to strengthen the car’s attempt to crossover into the family car domain. While the car bears the traditional Mini look it appears more upright than its predecessors.

Even though it is visibly larger, the car maintains its compact appearance. The Countryman comes with standard 17 inch aluminium wheels and stunningly designed headlights. The appearance is accentuated by a panoramic sunroof and interesting colour options.

In terms of colour you get to choose between the new island blue and Chestnut paint colour. While this certainly makes the car look very sporty and appealing it is not justification for the high mini countryman price.

The interior of the Countryman

In its interior the Mini Cooper Countryman has a rich and mature appearance. The cabin comes built with the level of sophistication that has become synonymous with the Mini with a sprinkle of technological modernity. 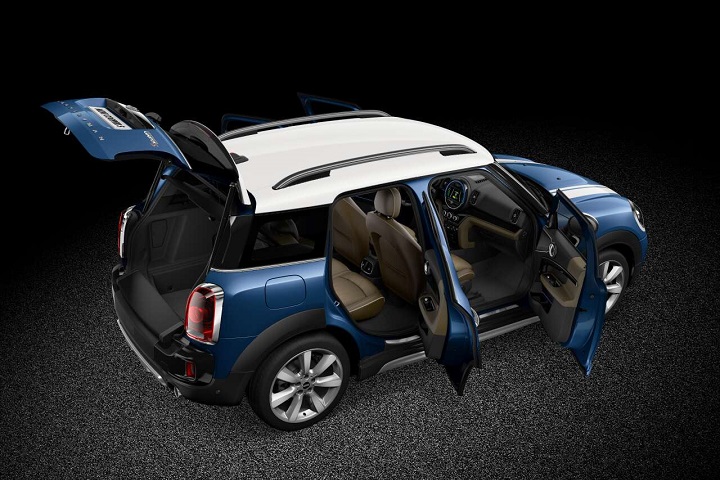 The wildly coloured dashboard comes built with easily accessible knobs to control the air conditioning and radio volume, leatherette finish, keyless access and push-button engine starting. From a technological standpoint the Mini comes with an infotainment system with Bluetooth, access to Siri and a camera to help you reverse easier.

The infotainment system in the Mini Countryman can also sync with your iPhone or Apple Watch to keep track of appointments you have and calculate the optimal departure time and route to reach your appointments on time. The only problem with this is that you will have to come up with new excuses when you get to work or to a meeting late.

No talk of the car’s technological prowess is complete without mentioning the optional 8.8 inch screen. This option let’s you use Mini’s Find Mate. No, this is not an app to help you find dates like Tinder or OkCupid, this is a connectivity feature that uses Bluetooth to help you keep track of items in your car. All you have to do is attach a Bluetooth tag on an item and you will never have to worry about losing it in your car again. This will especially come in handy for the couples with a forgetful significant other.

As expected, the car’s interior offers passengers more leg and head space than ever before. The rear seat is capable of comfortably reclining up to 5 inches while the seat is also capable of folding and creating even more space for passengers in the vehicle. The one notable flaw in this latest Mini Cooper Countryman for sale is the weirdly placed plastic trim pieces in the car’s interior. Mini surely could have done better with their choice of material.

Safety and performance of the Mini Cooper Countryman

As any family car owner knows, safety is almost always one of the biggest considerations when purchasing a family car. For enthusiasts looking for a family car the Mini Countryman has not skimped on safety features.

The Countryman comes equipped with a Brembo automatic braking system. For those who are not in the known, Brembo is a brand that is associated with high-performance braking systems. The car also comes with pedestrian detection and adaptive cruise control.

Looking for a Mini for sale that will match your style? Create your Mini Alert now and get notified of all the latest deals listed on Auto Mart.

Looking into the future of the Mini, a lot more can be expected from the brand. Mini has hinted at a Countryman Plugin Hybrid that will be revealed very soon. According to reports there car will come with three driving modes; Auto eDrive, Max eDrive and Save Battery. 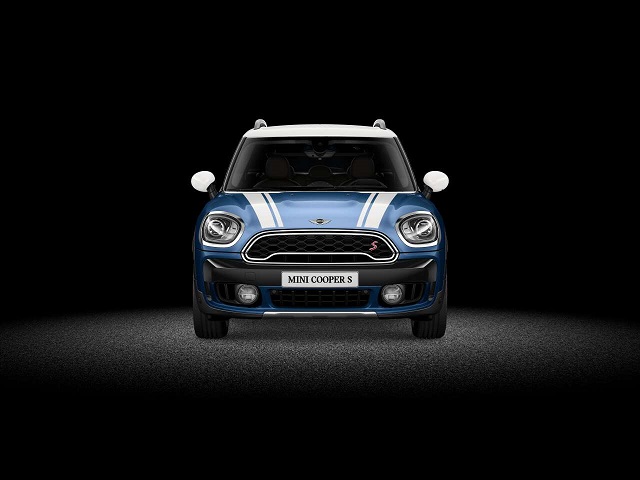 We can expect more detail regarding what to expect as the launch date approaches. There have also been reports about two Countryman Coupe diesel models that will be launched very soon. These will most likely be released as 5-door coupes. It will be interesting to see how these new models measure up compared to the current Mini vehicles. 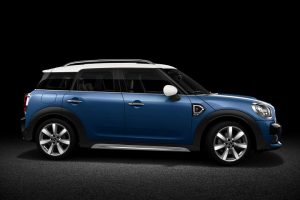