Home » Everything we know about the SA bound Toyota CHR

Everything we know about the SA bound Toyota CHR

Whether you are a fan of the Toyota cars for sale or not, the Toyota CHR is set to excite. Hitting SA shores in January of 2017, the ride quality as well as the interior design of this capable family car sets apart from the crowd. Its distinctive exterior turns heads.

Overall design of the Toyota CHR

Larger than the average compact family car, the Toyota C HR has a confident stance on the road. The Coupe High-Rider is equipped with a turbocharged petrol engine which sets it apart from the other vehicles in the local Toyota line-up.

Its state-of-the-art styling also sets it apart from the crowd. The release of the C HR takes Toyota into new territory. This new model is an indication of the automotive manufacturer’s plans for the future. Its fresh exterior has a youthful appeal. Not only does this Toyota Crossover look good, but its performance is remarkable too. Its interior is far superior to the typical Toyota design.

The Toyota CHR has an attractive exterior which is complemented by a choice of colours. For a sophisticated look opt for silver or black. Vibrant blue with a contrasting roof gives the CHR a refreshing appearance. The attention to detail is evident in the exterior design of this model. Its daring looks are different from Toyota’s usual styling elements. 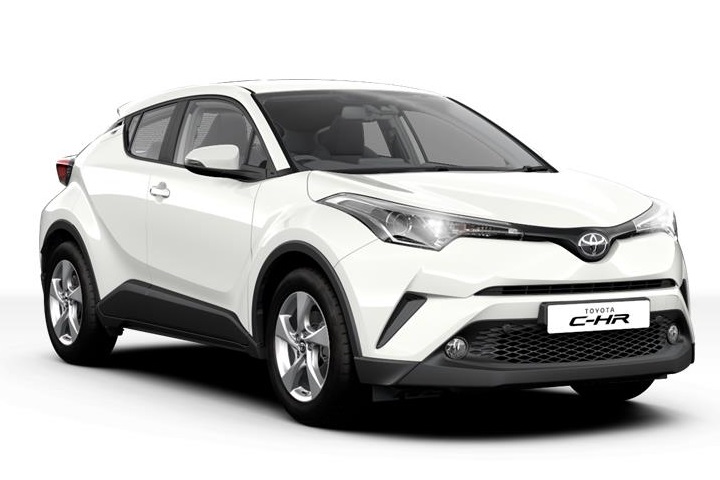 Highlights of the exterior are its LED-lined headlights and its stunning diamond-pattered grille. The flowing exterior lines give the appearance of effortless movement while contributing to the aerodynamics of this model. At the rear of the vehicle LED lights are used to accentuate its sculptured design.

A look at the interior of the Toyota C HR

While it looks compact on the outside, the Toyota C HR’s intelligent design offers plenty of interior room. Its interior room makes it the ideal candidate for a family car. The CHR has a higher quality interior when compared to other vehicles.

The focus on quality is evident in the interior design of the CHR. With better materials and an elegant design, the CHR boasts Toyota’s best cabin to date. A highlight of the CHR is its Nappa leather steering wheel. Its design themes are also remarkable.

Not only does the interior of this Toyota Crossover look good, it is practical too. We will have to wait for the South African release to find out if the JBL Audio System is also included in the local offering from Toyota.

The JBL system, which is available for European models, offers class-leading sound quality. Its excellent performance offers you a sound that comes the closest to a concert hall that you will get in this class.

Looking for Toyota cars for sale? Create your Toyota Alert on Auto Mart and get informed of the best deals

While the Toyota CHR will be available with two petrol engine options in Europe, only one engine will be available in South Africa at the start of the new year. Equipped with a 1.2 litre 4-cylinder turbopetrol engine, the CHR delivers a maximum power output of 85kW and a peak torque of 185 Nm.

Transmission options include a 6-speed manual IMT or a CVT automatic. The Toyota CHR specs include an acceleration time of 0-100 kilometres per hour in 10.9 seconds.

You won’t be disappointed when you sit behind the wheel of the CHR. Its responsive and reliable performance, offers motorists a pleasurable ride. The Intelligent Manual Transmission contributes to smooth gear shifts as well as ride quality. The CHR handles corners with consistent precision. Whether you are navigating city streets or exploring more challenging country roads, the Toyota CH R is the vehicle that you want to be driving.

Local safety features will be confirmed closer to the local release date but to get an idea of what the Toyota C HR offers in terms of safety features we can take a look at its European counterpart. Both active and passive safety features are available in the European model. This includes a Pre-Collision System as well as Adaptive Cruise Control and Lane Departure Alert.

Automatic High beam as well as Road Sign Assist are other safety measures that have been taken to keep the passengers of the European CHR safe. We will keep you updated with more details of this Toyota crossover, including the Toyota CHR price, as more information becomes available.

Looking for Toyota cars for sale? Auto Mart is the ideal place to shop! With hundreds of Toyota models to choose from, finding a Toyota at an affordable price is easy! 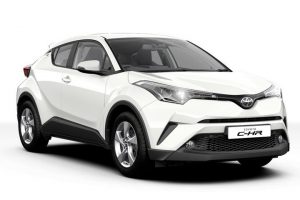 Article Name
Everything we know about the SA bound Toyota CHR
Description
Hitting SA shores in January of 2017, the ride quality as well as the interior design of the Toyota CHR sets it apart from the crowd.
Author
Auto Mart Staff Writer
Publisher Name
Auto Mart
Publisher Logo