Elevate your driving experience with the super Nissan GTR R35

The hot new Nissan GTR R35 will blow your mind. Built to exhilarate every fibre of your being, the new Nissan GTR is a sports car definitely worth considering. If you are looking for a Nissan GTR for sale on Auto Mart, this new number from Nissan will most definitely draw you in.

A long-term leader in performance and reliability, Nissan cars lives up to its tagline “Innovation that excites,” excelling not only across car classes with its reliable mid-size range featuring your favourite Nissan cars such as the Almera and Sentra, but being one of the first car companies to foray into the electric car domain with the Nissan Leaf.


A Nissan sports car? Yes, you heard right! Nissan has been working hard for decades to make a name for itself in the sports car class. Nissan’s sports cars are bold, and daring in body, and you have surely already mistaken one on the road for another top luxury brand. Nissan is speeding down the sports class lane with the Nissan GTR.

The Nissan GT-R is faster, smarter and smoother than ever. The 2017 Nissan GTR is the seventh generation in its series since its debut in 2007, which left Nissan plenty of time to fine tune this beast of a car to refine its strength, giving you the car of your dreams that you can drive whenever, wherever.

The Nissan GTR R35 is the most recent iteration of the GTR series first sold in 2009. High speed, high tech, taking you to the high life, with the best value for the high price tag. An exemplar of form meets function, the new GT-R comes with a range of features not only pleasing to the eye, but to the soul with an almost seductive powerfulness to enchant you at every turn. 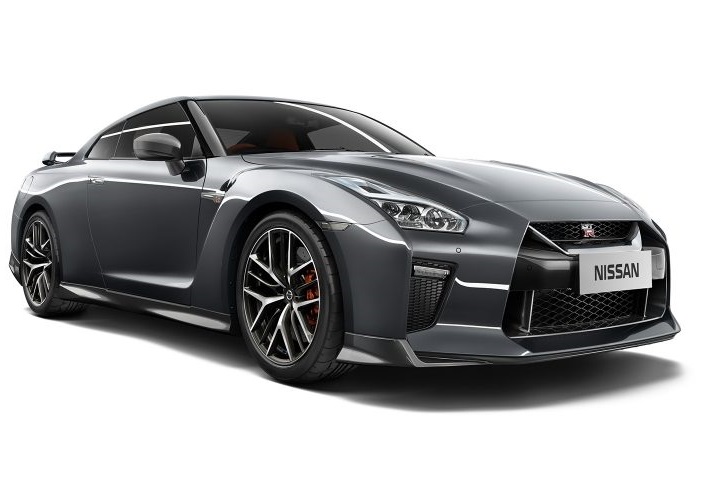 Design of the Nissan GTR R35

Nissan knows that the new Nissan GTR is aggressive – on the inside and out. However, this bold look was designed intentionally – giving the newest GT-R an unbelievably aerodynamic design with very little drag. The design of the GT-R R35 is expertly crafted to provide not only high-functioning performance, but daring aesthetics as well from front to back.

Following the swift lines of the car, the front of the GT-R R35 has been opened up for a larger grille, allowing for more cooling to the engine. This larger front end takes the air up and around the front wheels to reduce initial drag.

Top Tip: Create an Alert for Nissan cars on Auto Mart to get the latest deals straight to your inbox!

Follow its lines to the GT-R R35’s side skirts that redirect air from the underside of the car, holding the grip steady. The C-pillar reduces turbulence and sends the air up and over the extended rear, heightened to whip the air away from the exhaust and smoothly off the vehicle in a cross-car cooling mechanism that brings this boldly designed frame full circle.

In typical Nissan sports car design fashion, the GT-R boasts distinctive tail lamps that have remained on this vehicle from many of its prior generations. The circular tail lights beam like the eyes of a predator in the night, adding to the fierce look of the Nissan GTR R35. 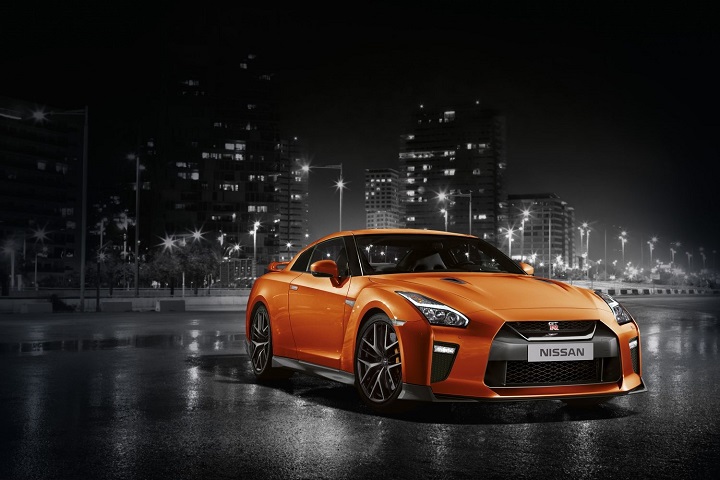 Interested in finding a Nissan GTR for sale? Why not create your Nissan GT-R alert on Auto Mart and get info on the latest deals straight to your inbox.

The new Nissan GTR is a large car, especially for a coupe. However, this added width comes in handy when it comes to the GT-R’s interior. The cabin of this vehicle has been outfitted to take you from a hard bodied exterior to a plush comfortable interior- but the GT-R won’t let you forget its power.

From the inside, you will hear the roar of the engine, but all other noise is reduced through the streamlined acoustics. Drive in comfort with semi-aniline leather on the seats and leather decorating the panels and console in front. Take advantage of the optional Recaro leather seats, engineered specifically for sports cars to cushion your back and legs while keeping you firmly in your seat through any wild twists and turns.

The Nissan GT-R R35 is designed with intuitive readability so you never waste a second getting the stats important to you. With a centred tachometer and a large screen display, you have the faith that you won’t have to spend more than a second with your eyes off the road. 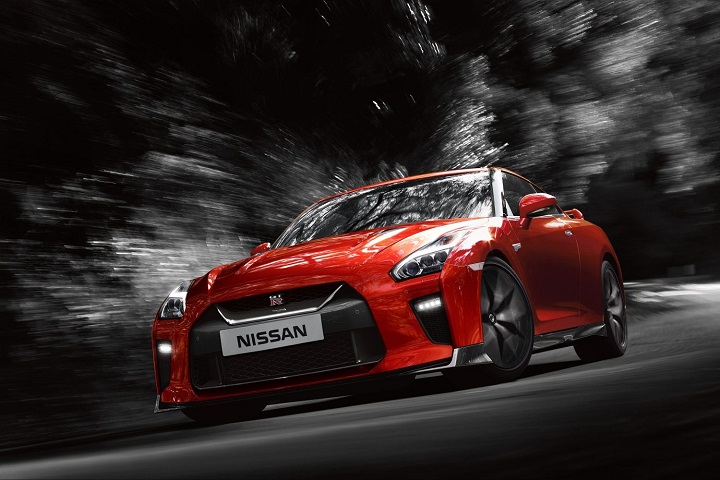 Performance of the Nissan GTR R35

Nissan, a brand focused on innovation, has found a way to take the best of both worlds- a thrilling power car, combined with your everyday family vehicle, all disguised as an eye-catching mystery vehicle under the Nissan brand.

In the Nissan GTR R35 you will find versatility in its union between force and handling. Hear the 550 horsepower of the twin-turbo V6 3.8 litre engine. This massive coupe puts out 632Nm of torque. Can you handle it? Yes you can.

The GT-R Nissan cars are driven with a shock absorber for damping forces to add stability. This accompanied by the All-wheel drive 3-mode Vehicle Dynamic Control (VDC) system gives you ultimate control over this powerful engine with a monitoring system that keeps you in check.


With a mode for maximum sport performance, a mode for smooth, daily driving, and a long-distance comfort mode, the new Nissan GT-R R35 is a versatile car that makes any day a sports car day. A redefined chassis proves Nissan’s dedication to enhancing performance.

A fascinating aspect of this Nissan sports car is its 6-speed dual-clutch transmission that employs two clutches- but no clutch pedal. The car is so intuitive, it pre-gears the car for your next possible switch! 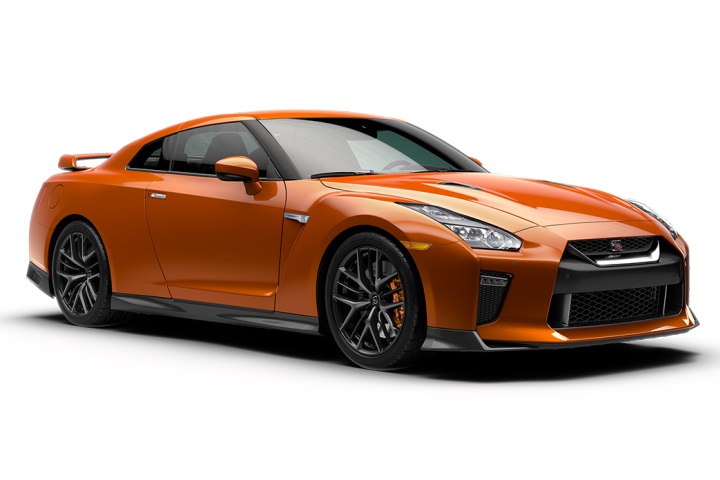 While the new models are pricy, you can find great deals on a Nissan GTR for sale on Auto Mart! Don’t forget to download the Auto Mart Android App for free from the GooglePlay Store.

Technology & Features in the GTR R35

The cockpit of the Nissan GT-R is busy. Busy, but instinctive. With a multi-function display with custom views, you can keep tabs on all aspects of the car’s performance that you want to know, and even the things that you never thought you’d ask for. The display can also be controlled through the Display Commander toggle so you won’t even have to lift a finger!

With a 203mm display set with NissanConnect and GPS navigation, you will never have to struggle to see the information at hand. Count on rearview Sonar Sensors on each side of the vehicle to aid you in reversing and parking. 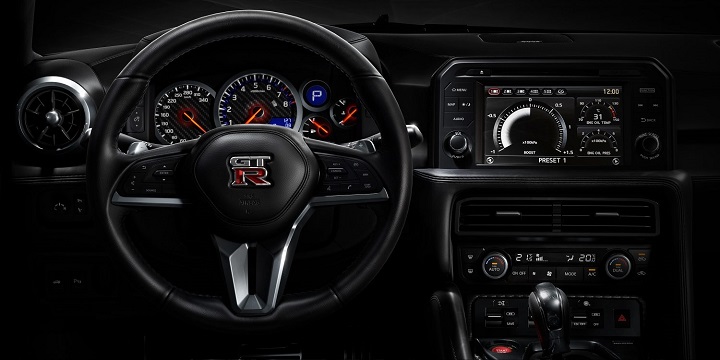 Another killer feature in the Nissan GTR R35 is its sound system. Fitted with an 11- speaker Bose system with dual subwoofers INSIDE the car, and the active noise cancellation that continuously filters out unwanted sounds, you can look forward to the ultimate in-cabin audio experience.

Although a monster of a car, the R35 Nissan GT-R comes with all the standard safety features and more. The automatic headlamps allow you to never forget to turn your lights on again. With 6 airbags and Zone Body Construction, the impact absorbing structure aims to ensure that all inside the vehicle are protected in the event of a crash.

Some cool features and highlights of the new Nissan GTR include:

Ready to find a great deal on a Nissan GTR for sale? Browse through the classifieds on Auto Mart and discover great deals on a Nissan sports car today!