Home » An All New Renault Clio

An All New Renault Clio

The latest Renault Clio for sale is not to be trifled with. The Fourth generation Renault Clio has been revamped with new engines, some design changes and a wide range of new creature comforts. Other hatchback manufacturers should be cautious as this car might just take South Africa’s favourite hatchback title in 2016. There is also a new Renault Clio GT line that has been introduced this year. This model aims to make a sporty Clio that won’t cost you as much as the RenaultSport but it will give you a better driving experience. 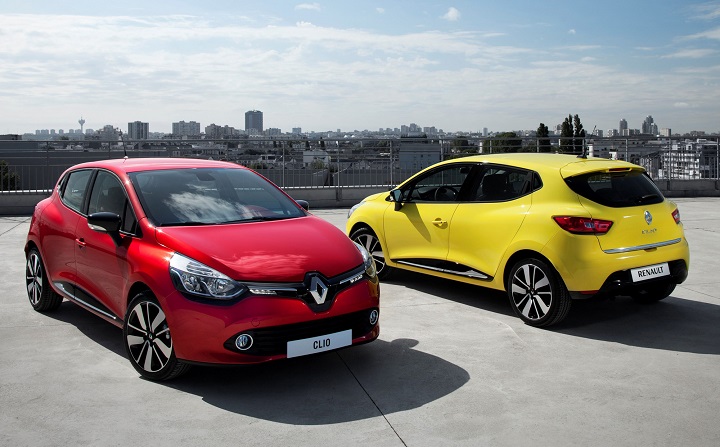 The inside is seductively French

Inside the Clio is a much improved cabin that oozes French flair. You are met with black gloss upholstery and soft finishes. An aeroplane wing design has been used for the dashboard which has very accessible panels, a new digital speedometer and adjustable steering columns and head rests.

You will get a host of convenience like cup holders and door storage panels. There’s a 1/3-2/3 splitfold bench in every Clio and a category leading boot capacity of 300dm³.

There are three normal trim levels which have been named Authentique, Expression and Dynamique. Renault Clio has also introduced a new Renault Clio GT line which we will discuss later in the article.

The standard trim level is the Authentique trim. All classes have what this trim level has which include electronic stability control (ESC), anti-lock brakes, hill-start assistance, cruise control, AUX ports with Bluetooth and USB ports too.

The Expression has a Clio 18cm Touch screen with a special multimedia system that makes use of satellite navigation, USB, Bluetooth and allows for audio streaming. The Expression comes with fog lights, sixteen inch alloy wheels, leather on the interior gear shift and gear lever.

The top end Clio model, the Dynamique, comes with a wide range of handy features like a hands free keycard, power windows, light sensors and auto rain sensors. There are seventeen inch alloys with black/chrome interior and exterior styling. As optional extras, you can get auto climate control, rear parking sensors and a fixed sunroof. 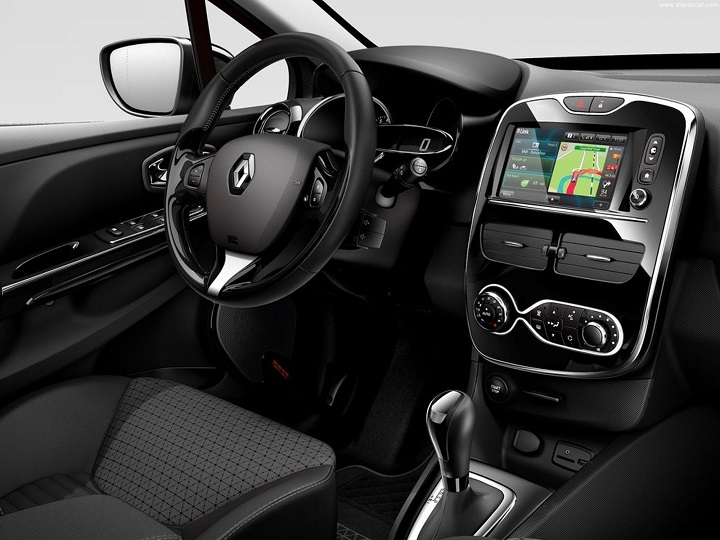 The outside is dripping with flair

The Renault Clio for sale is of course only available in a five door configuration. The gorgeous body is wider, longer and has a much longer wheel base than the Clio predecessors. The handles on the doors are integrated into the panels themselves and the very small rear quarter windows melt seamlessly into the sleek look of the new Renault Clio. The car has a very shapely profile with chrome trim on the grille and stylish front and rear bumpers. 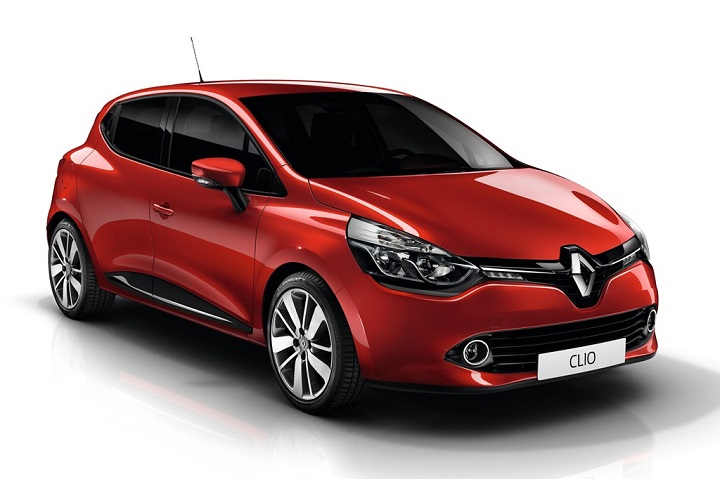 The purr of the new Renault Clio

Renault has started downsizing its engine line up. The Renault Clio has a 55kW, 1.2, sixteen valve, turbo engine under its hood. This might now sound like a lot of power but if you look into the technology that has been used here, you won’t be lacking any acceleration.

When you actually drive the car, you won’t feel like you are driving a 1.2 engine. In fact the new Clio feels more powerful than the old one, even though the engine is smaller. 55kW of power will produce 107 Nm of torque with a very impressive fuel consumption of just 5.5 litre per 100 kilometres and a 0 to 100 kilometre per hour in just 15.4 seconds. Your top speed is a healthy 167 kilometre per hour. 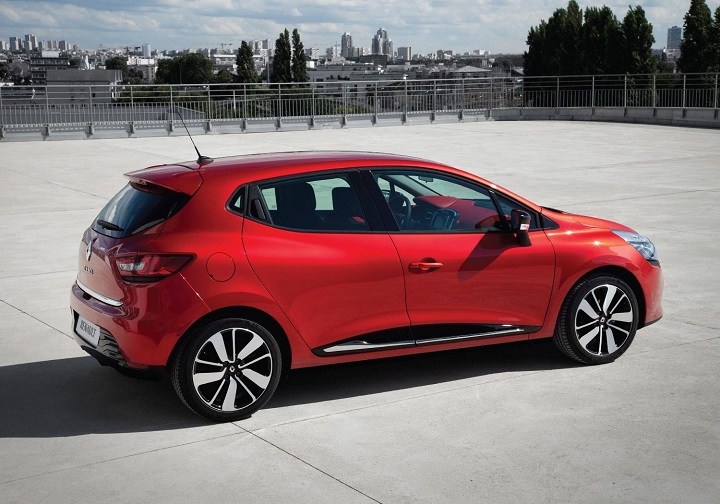 Safety in the Renault Clio for sale

The Clio has a five star rating and a Euro Ncap best-in-class status. All Clio’s have ESP, ASR traction control, ABS, EBD and EBA. The steering wheel is electronically varied and there is a speed limited cruise control function.

The Clio has two airbags in the front and two in the back with pre-tensioned seatbelts and load limiters.

The Blaze is a limited edition form of the new Renault Clio. The Blaze features colour coded mirrors with LED driving lights and fancy Blaze badges on the vehicle. The engine is the same 66kW Turbo Petrol Engine and the interior gets the same colour coded treatment as the outside of the car. The steering wheel, air vents, door panels and gear gaiter are all colour coded.

In terms of technology, the Blaze comes with new Renault Bass Reflex® sound system which has acoustic nozzles and indoor integrated speakers and a massive 30 litre sub-woofer. You will also get the MediaNav® Just Touch system which is Renault’s onboard touch screen tablet that operates as navigation, radio, Bluetooth integration and a telephone. 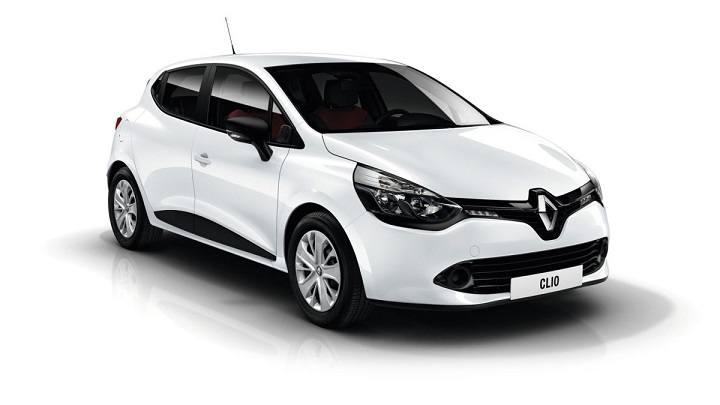 As we mentioned before, the Clio GT is for those who want more from their Clio but aren’t willing to fork out the cash for a RenaultSport.

So what’s the different between the GT and the regular Clio? Let’s start with the dazzling GT blur paint that comes with the Clio GT and the stunning seventeen inch rims with a much more aggressive looking front end bumper. The GT has its LED lights closer to the bottom edge of the car, the GT gets a rear diffuser and there is a shiny chrome tip on the exhausts. Lastly, you will find scuff plates and the body kit from the RenaultSport. This particular Turbo Petrol Engine claims to be the best compromise between driving enjoyment and fuel economy on the market.

In terms of more performance, the engine has been tweaked a bit. There isn’t much of a speed change but the economy tweaks are very evident. The engine has been given an over boost function which increases the performance in the 2nd and third gears but 4 extra kW and 15Nm of extra torque. This results in a 40 second drop in 0 to 100 kilometres per hour from the standard Renault Clio.

Feature wise the Renault Clio GT line is jam packed. Very few cars in the same class as the GT can even come close to the price you pay for the features you get. The GT has all of the things you would expect from a top end sports car; there’s a speed limiter, cruise control, satellite navigation. Auto wipers that have rain sensors, an infotainment system with touchscreen functionality, and head lights that also have sensors to detect if its dark or not, hands free car access and starter. Then you get all the same safety features that the regular Clio has like EBD, ASC, ABS and airbags. 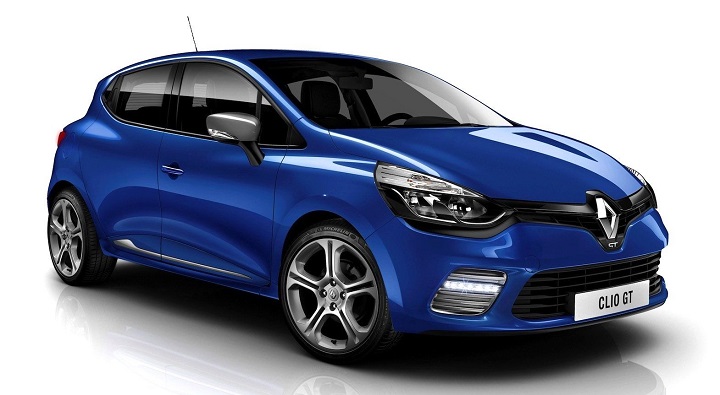 The prices vary quite a lot through the ranges but these are all very competitive and well within the range of the Clio’s competition.

Feel true French flair in a new Renault Clio and make a bold impression wherever you go. Experience the wide range of features that have been loaded into the Renault Clio for sale. If the Clio isn’t enough for you then have a look at a Renault Clio Blaze or the Renault Clio GT line. Browse through Auto Mart’s extensive collection of online vehicles and find a Renault Clio today. 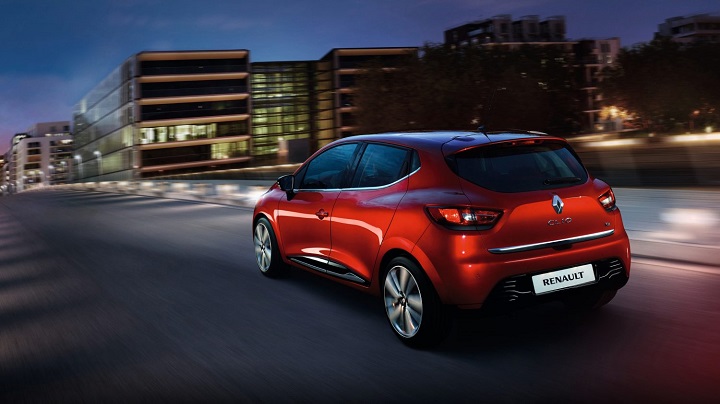