Home » Experience the best of both worlds with a Kia Sorento

Experience the best of both worlds with a Kia Sorento

On the 1st of July 2015, the all new Kia Sorento for sale was released in South Africa. The third generation Kia Sorento has an all new body, a new powerhouse under the bonnet and a much higher level of quality inside the cabin.

The Kia Sorento 2015 still has your traditional five or seven seats setup with lots of generous specifications included in the base price and a choice of either petrol or diesel engine variants.

It’s time to delve a bit deeper into the new Kia Sorento and run through all of the features and highlights of this great SUV.

Exterior of the Sorento

The new Kia Sorento is wider and longer than the previous model. The extra 99mm that has been added to the car’s length doesn’t sound like much, but this makes the Sorento much larger and more eye catching on the road. The bumper on the front of the Sorento has wrap around head lights and the iconic Kia tiger nose grille has been reshaped a bit. Also new in the Sorento is an automatic tail door which you can open with an electronic key. 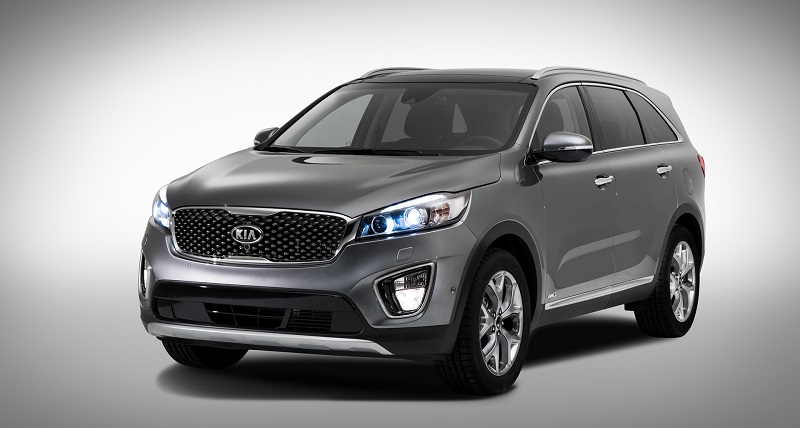 Looking at the Interior

Inside the car, you will find luxury that has never before been seen in a Sorento. Many soft-touch materials have been used to create a luxurious and sophisticated feel. All Kia Sorento models come standard with Saturn Black interior with cloth or leather trim depending on the model you select (cloth in the 2.4 petrol model).

The all-new Sorento is equipped with one of two instrument setups, depending on the chosen model. All four models come with a Radio/CD/MP3 player, USB/AUX multimedia ports and six speakers around the cabin. The entry level models come with a 3,5-inch mono LCD screen and the higher spec models have a 7-inch colour TFT LCD screen. 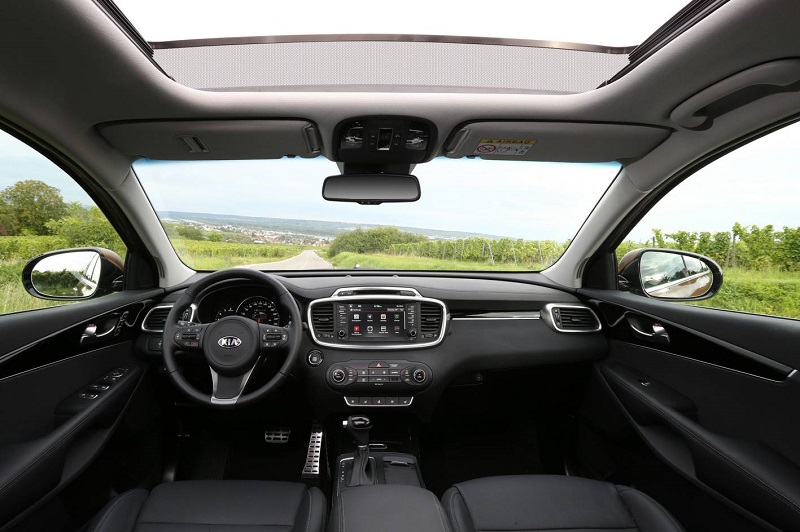 Performance and Specifications for the Kia Sorento models

The diesel engine variant is very similar to the last diesel engine that was used in the previous Kia Sorento, but it has been made smoother and Kia has improved the low end torque. The engine now gives off 147kW at 3800rpm and 440Nm from 1750. They have managed to do this while still keeping the fuel consumption down.

The higher end models utilise Kia’s Dynamax AWD system that evenly distributes the Sorento torque across both front and rear axles, depending on where it’s needed, to give the car better grip. If you want to go off-road then the driver can select that the torque is locked in equal distribution mode to all four tires, which is useful for mud or sand. The higher end models also come with traction control to help the car power through corners. If understeer is detected then this system will automatically brake the outer rear wheel which will ultimately pull the Kia Sorento 2015 back onto the desired path.

The higher spec models of the Kia Sorento for sale also have three driving modes. These modes are normal, everyday driving, Eco, which you would use when cruising to save fuel and sport, which makes the car reach higher rpms before the automatic gearbox shifts to the next gear. 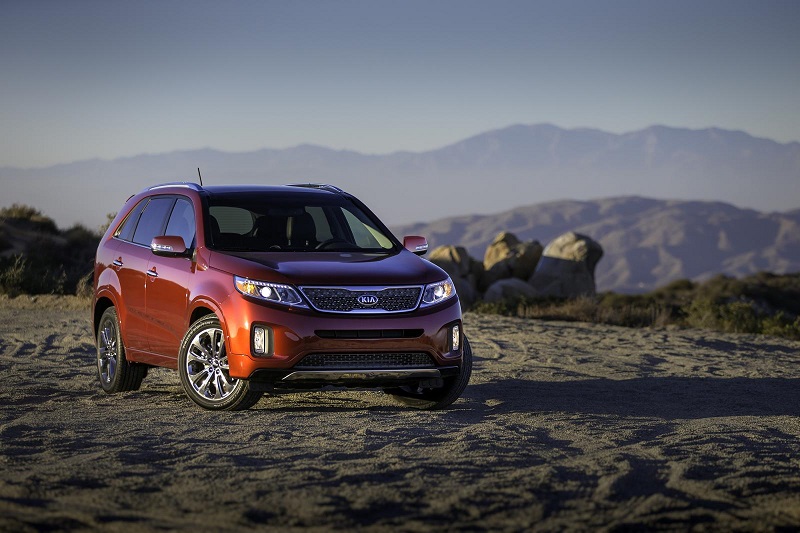 There is a wealth of new technology that Kia has used in their new Kia Sorento. The car has a Blind Spot Detection system which uses radar senses to watch and access approaching vehicles that are moving in from the rear flanks. If there is an approaching vehicle detected then this will be displayed on the side view mirrors. If you turn on your indicator and are about to change lanes, the Lane Change Assist will register that there is an approaching vehicle and sound an audible warning to the driver. Another great piece of tech is the Smart Power Tailgate. This will automatically open when the car’s key come in very close proximity to the boot of the Sorento. The boot will automatically open after three beeps, this stops you from opening it by mistake, so you can transfer anything into the boot without doing anything but standing next to the car.

The entire cabin in the Sorento is surrounded by a roll cage that is fortified with high tension steel and six airbags excluding the LS model. The car has been tested in countless crash simulations in real time collision tests so it has real world implications. 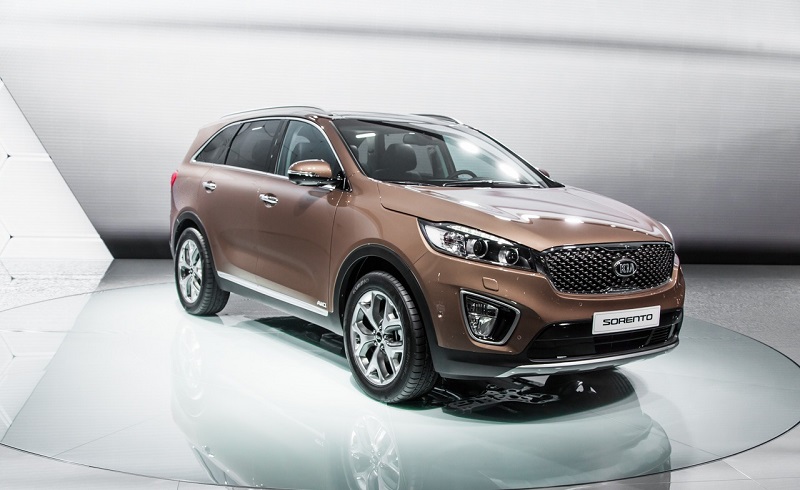 Every new Kia Sorento comes with an industry leading 5-year or 150 000 km warrant and 3 years of unlimited roadside assistance. The LS model has a 4-year / 90 000 km service plan and the rest of the Sorento models have a 5-year / 100 000 km maintenance plan. 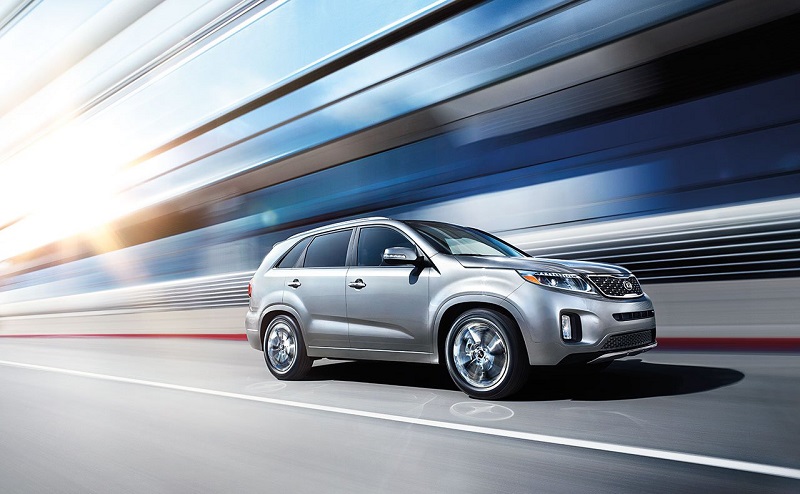 Ready to find a top quality Kia Sorento for sale? www.AutoMart.co.za offers many different kinds of SUVs for sale. Why not find a vehicle that matches your outdoor lifestyle and pocket? Selling your Kia Sorento? Advertise it for FREE on Auto Mart today!