Home » The battle of the Bakkies in South Africa

The battle of the Bakkies in South Africa

South Africans are no strangers to the wilderness. We are an adventurous bunch of people and we like to spend as much time outdoors as we possibly can. If you want a car that fits in with this lifestyle, and your weekday activities, then it’s time to find yourself a Bakkie. When it comes to finding Bakkies for sale, South Africans are swamped with choices. There are just so many different brands, do you go looking for single cab or double cab Bakkies for sale? You might be asking yourself… “Just what is the best Bakkie in South Africa?” In this article, we will give you a list of ten of the most sold Bakkies, so you can get an idea of what to look out for.

We got data from the National Association of Automobile Manufacturers that shows exactly how many units were sold per vehicle in South Africa during the month of September in 2015. It should be noted that the majority of these Bakkies come in both double and single cab variants.

The first on the list is the new Nissan Navara for sale with 105 units sold in South Africa during September 2015. Nissan used its huge crossover SUV experience here to combine carrying capacity with driving experience. The new Nissan is meant to bring these two worlds together into a stylish and durable package. With the Navara, you get a tough workhorse with the refined road manners of a crossover. This was seen as the best Bakkie in South Africa in 2010, it sold the most, and is the third Nissan on this list. 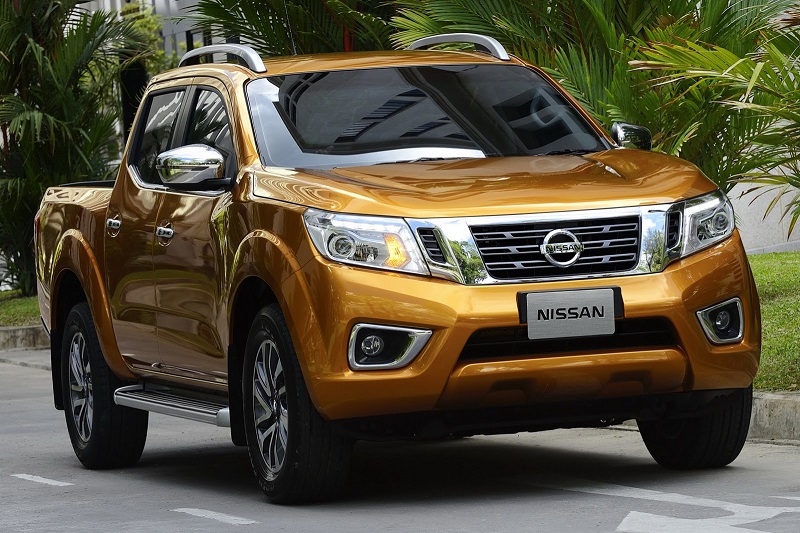 The new BT-50 bakkie is said to be one of the best utility vehicles on the market and offers a very powerful 3.2 liter, turbo diesel engine. This gives off 147kW and 470Nm of torque. The 2.2 liter variant of this car is very fuel efficient for a Bakkie, it gets 7.6 litres/100km and the 3.2 liter gets between 8.4 and 9.2 litres/100km. Both of these figures are very economical. 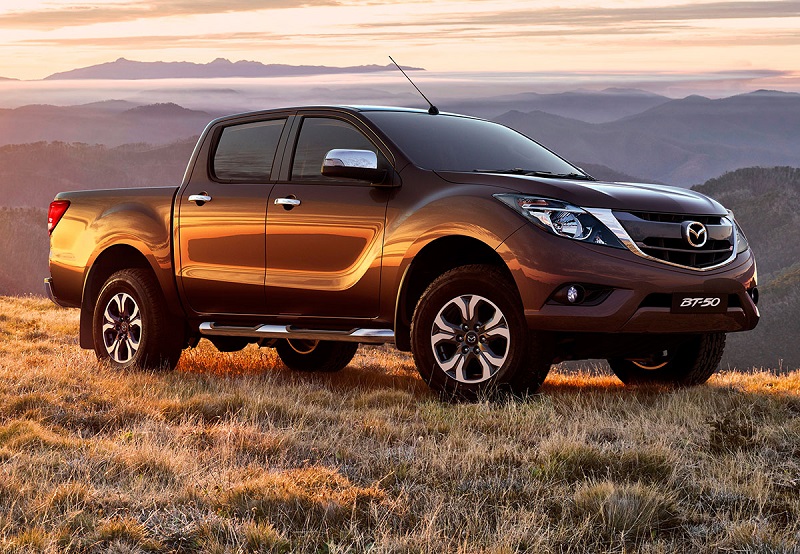 The New Land Cruiser is a very big, safari type vehicle that is perfect for farmers or people that need to carry big loads and need lots of low end power from their car. This vehicle has been made to be as tough and reliable as possible. For the first time, this vehicle is available in double cab Bakkies for sale variants which means you can now bring the family along on your off-roading experience. 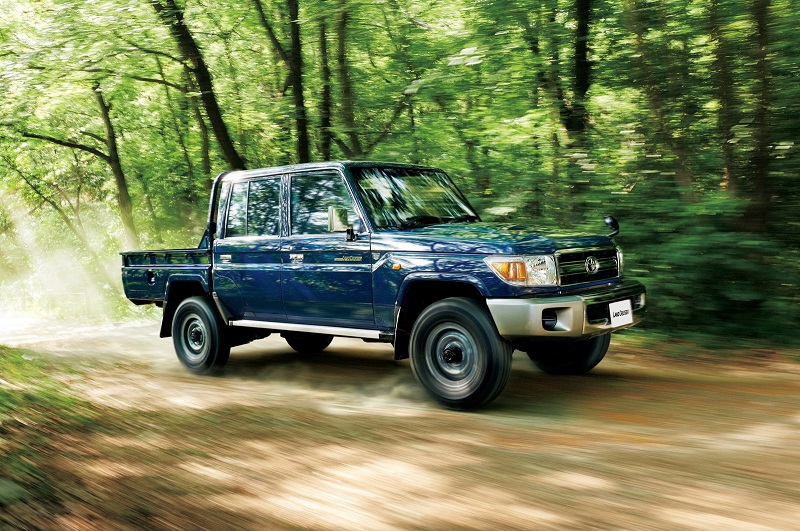 If you are going to use this for town driving, then you might want to think again. The Toyota Land Cruiser PU for sale has a massive turning circle and is a very big car. If you want to use this off the beaten track then prepare to laugh in the face of danger, or idle over it.

The Amarok is the new kid on the block and it has somewhat stolen a lot of attention as it’s now seen as a contender for the best Bakkie in South Africa. This is VW’s first Bakkie and it has definitely made a statement. The styling of the Volkswagen Amarok for sale will turn heads and attract a lot of attention with its sleek lines and good looks. 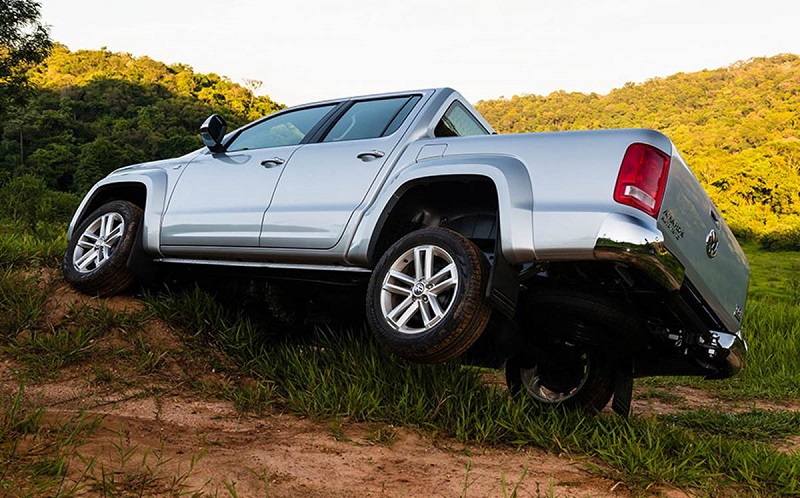 The Amarok double cab Bakkies for sale has a one-of-a-kind 8 speed gearbox which is probably the best feature of this vehicle. One issue here is if you want any extras then they don’t come cheaply. You may as well invest the extra money and buy the class leading Amarok 2.0 BiTDI 132kW with Highline 4Motion.

The rest of the world calls this car the NP300, but South Africans affectionately call it the Nissan Hardbody. The NP 300 is the bigger version of the NP200. If you ae looking to invest in a proven platform for your business then you should definitely consider the Nissan NP300 Hardbody for sale. Depending on what you need the car to do, Nissan will give you higher suspension or bigger wheels if you need them. 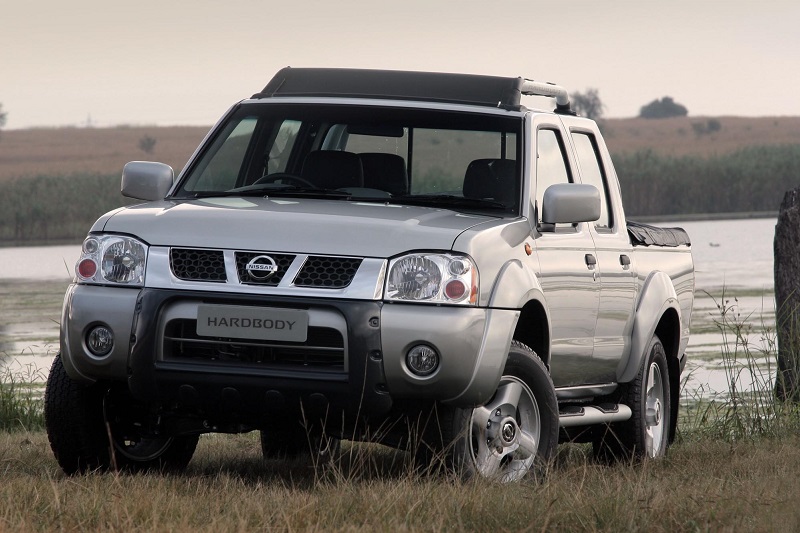 Here you can choose between the 2.0L, 2.4L petrol or the 2.5L diesel engines. All of these engines have more than enough power to meet your needs, be it off road or town driving. The Nissan NP300 Hardbody for sale has a starting price of R169,400.

Farmers in the Natal midlands would have put this at the top of the list, it’s the Bakkie of choice for them. For the rest of us, you might just agree with the guys from KZN. There is an impressive 21 different models that Isuzu has on offer. These start at R219,400 for the Isuzu KB 250 (LEED) Standard 4×2 and ranges all the way to the Isuzu KB 300 D-TEQ LX 4×4 Automatic that starts at R529,700. 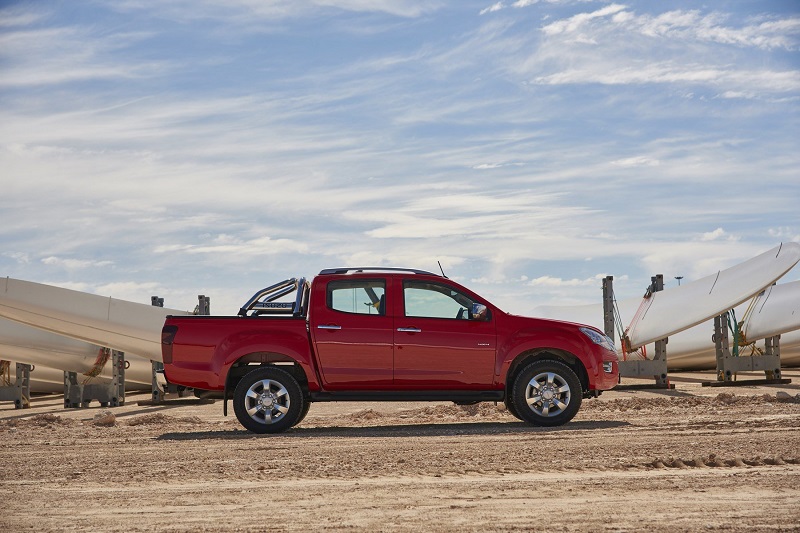 The reason the Isuzu KB for sale is so popular is because they are just as comfortable in the bush as they are on the road. They have everything you need to tackle the wilderness, but the Isuzu KB is also comfortable and can easily be used for long drives with the whole family inside.

The Chevrolet utility is the first Bakkie on the list that exclusively offer single cab Bakkies for sale within its model range. This Bakkie is also the smallest on the list but because of its size, the Chevrolet Utility for sale is incredibly versatile. This vehicle can easily be used at a normal, everyday, run around car due to its size and town car like interior. 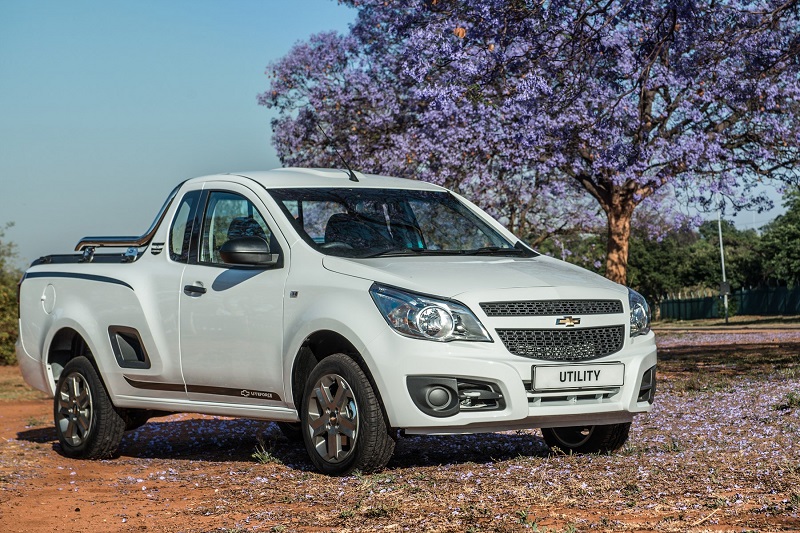 The Chevrolet Bakkie is very cost effective, fuel efficient, convenient and it has class-leading infotainment package with very modern security features. This robust little Bakkie is not afraid to roll up its sleeves and get the job done.

The NP200 is very similar to the Chevrolet Utility, but it is one of the most hardworking and affordable half-tonners Bakkies available on the market in South Africa. Nissan has a much longer light commercial vehicle (LCV) tradition in South Africa so they have had a very long time to get it right.

Nissan is seen as being very reliable, if you couple this with the starting price of the Nissan NP200 for sale, starting at R145,300, you can see why so many of these have been sold in South Africa during 2015. The car’s 1598 cc engine gives off a massive 64 Kw with a miniscule fuel consumption rate of just 8.1iters per 100 km. 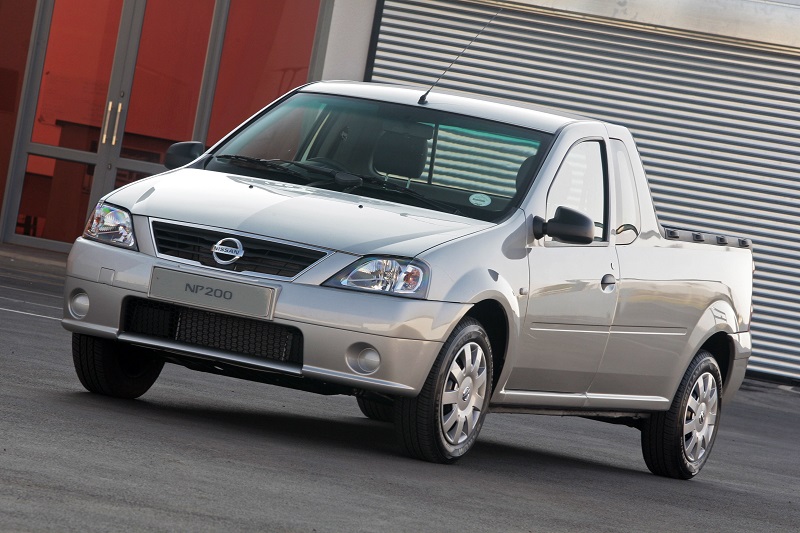 The fact that an LCV made it onto the top three most sold Bakkies in South Africa just shows you how many South Africans are using these Bakkies for recreational purposes. It’s not just about how much your Bakkie can carry, it’s about what it can do for you.

Number two on our list of bakkies for sale is the new Ranger. This is the only Bakkie to challenge, and sometimes beat, the overpowering Bakkie authority of South Africa’s automotive ruggedness champion, the Toyota Hilux. 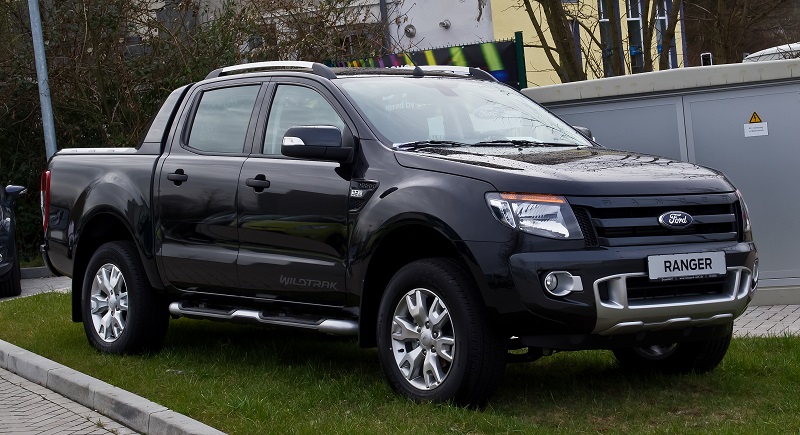 When the Toyota Hilux was released in 1968, it sold over 16 million in more than 180 countries. In 2015 more than one million units were sold within South Africa’s borders. This vehicle has become a legend in South Africa and it’s easy to see why we love it so much. The Hilux is tough as nails and solid and it’s equally as happy off road as it is cruising on the highways. 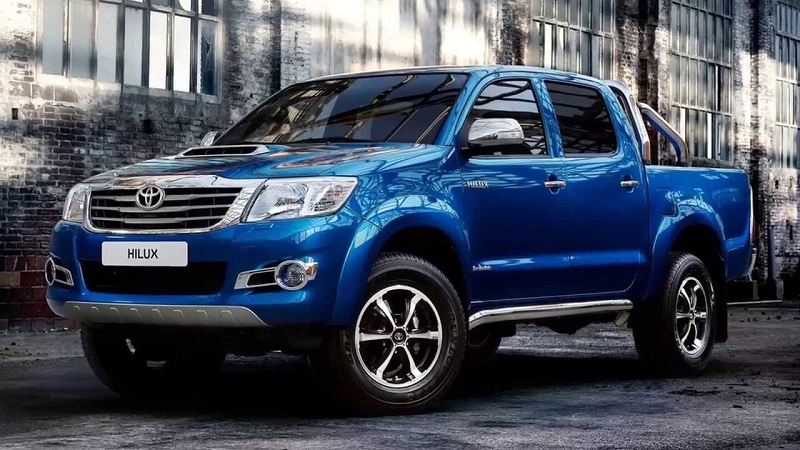 The Toyota Hilux for sale has been completely re-designed from the inside out and for the first time ever, you have some luxurious interior to make your driving experience even better. Everything from performance, durability and driving experience have been greatly improved upon.

To guarantee the Hilux is everything it’s meant to be, the team at Toyota travelled the world to put the car through its paces. Toyota got direct feedback from everyone involved as the car was driven though everything from deserts to flooded roads. The Hilux can easily be seen as the best 4×4 in South Africa and the best Bakkie in South Africa. 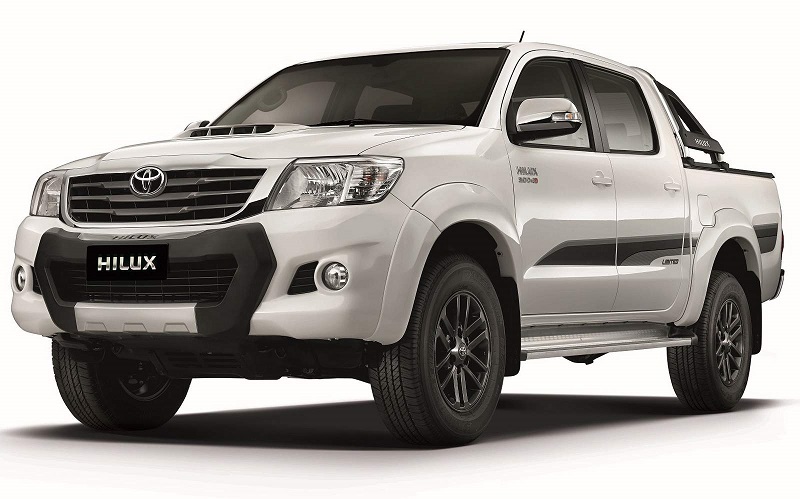 The Toyota Hilux for sale has sixteen different models and starts at R315,100 for the 2.7 VVT-i Raised Body SC Dakar variant.

After looking though this extensive list of Bakkies, it’s now up to you to decide what the best Bakkie in South Africa is. Will it be the ever popular Toyota Hilux for sale? Or will it be the multi-purpose Nissan NP200 ? If you’re looking for the right Bakkie for your needs, then visit www.AutoMart.co.za for good deals on cars in your area. You will find a wide variety of double cab and single cab Bakkies for sale. If you have some Bakkies for sale, then place a FREE advert on Auto Mart today.