Home » Ford Everest: The all new rugged and refined 4×4 SUV

Ford Everest: The all new rugged and refined 4×4 SUV

The latest Ford Everest is said to completely change the way we think about the Everest. Based on the latest Ranger, the Ford Everest for sale is chunkier, more muscular and designed to tackle any terrain that you can throw at it. You get a much tougher vehicle but you will have the luxury and comfort that you would come to expect from a Ford. It’s time to take a closer look at this revolutionary terrain tamer.

Styling and gadgets in the new Ford Everest

The new Ford Everest has been given a manly overhaul. In fact, you could say that it has become a very handsome car. The nose of the vehicle has been blunted a bit to square out the car and it’s been made wider and given a higher ground clearance. Fatter tires and a few chromed accents like the front grille and side steps make the Everest look a lot meaner. The overall skid plate design on the front and back of the vehicle give you that SUV feel every time you look at it. 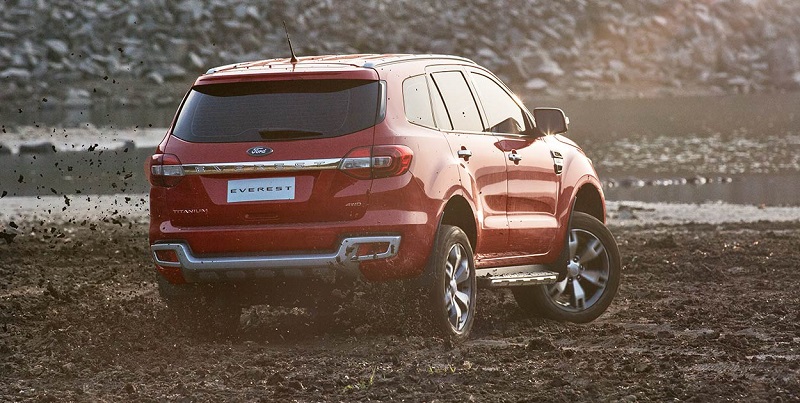 On the inside of the new Ford Everest you get more luxury and comfort than the Everest has ever had before. Here you will find 7 leather upholstered seating that cover three separate seating rows that can be folded back at the touch of a button to create more storage space. You have an electric panoramic moon roof which is half the size of the roof space so you can experience the outdoors just by simply pressing a button. Then there’s the noise cancellation system that uses three microphones inside the vehicle. When these microphones pic up engine noise they produce a counter sound to cancel out the noise. This results in glorious auditory comfort. 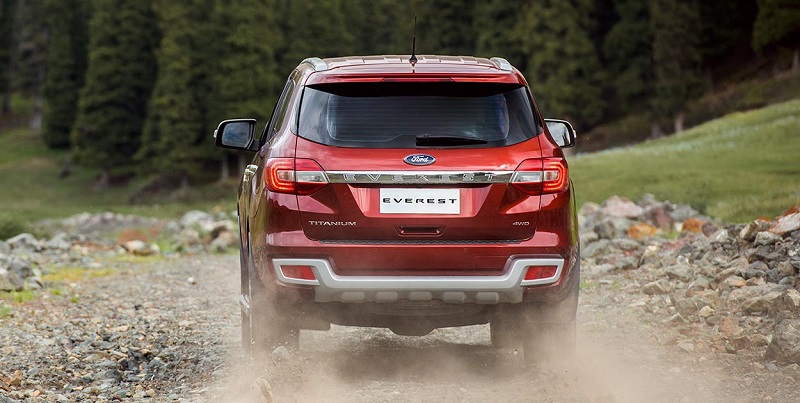 This infotainment display in the Ford Everest sits nicely in the center dashboard and the central console houses the vehicle’s Terrain Management Control. This system has numerous control buttons that change the ride, from locking differential to traction control.

Last, but not least you get a lane Departure Warning system, Blind Spot sensors and cross/forward traffic Alerts so you can anticipate sideways or head on collisions. If you struggle to park, then the Everest also has a hands-free Active Park Assist gadget that helps you park. 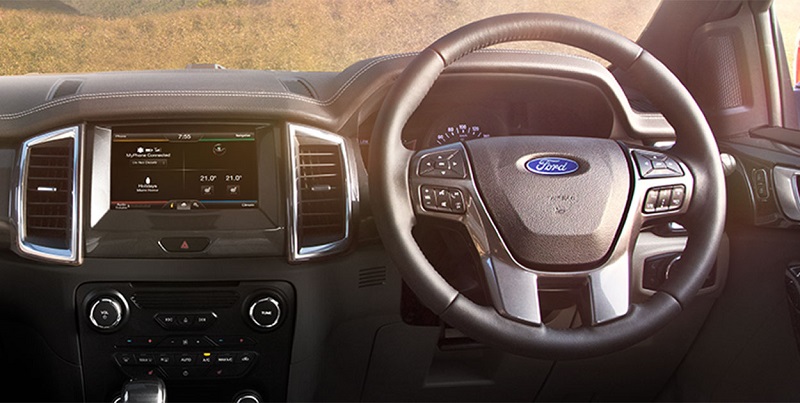 Can it go off-road?

In short, yes it can and very well too. You get electronically locking rear differentials that give the car some nice grip on the dirt. The dimensions of the new Ford Everest lends itself to off-road driving. The car has a massive ground clearance of 225mm, a wading depth of 800mm and brilliant turning circles. You have a very nice seating position that allows you to see everything without hassle. The instruments inside the vehicle are nicely positioned and clear with the ability to relay very detailed off-road and on-road information.

Navigating steep slopes in the Everest is a very simple thing to do. Fords own Hill Descent Control system uses the car’s brakes to take you downhill at a controlled and steady speed. All you have to do is hold the steering wheel. On a steep incline, Hill Launch Assist removes the fear of rolling on a gradient. Simply take your foot off the brake and the system automatically holds it for just a few seconds, giving you time to accelerate. 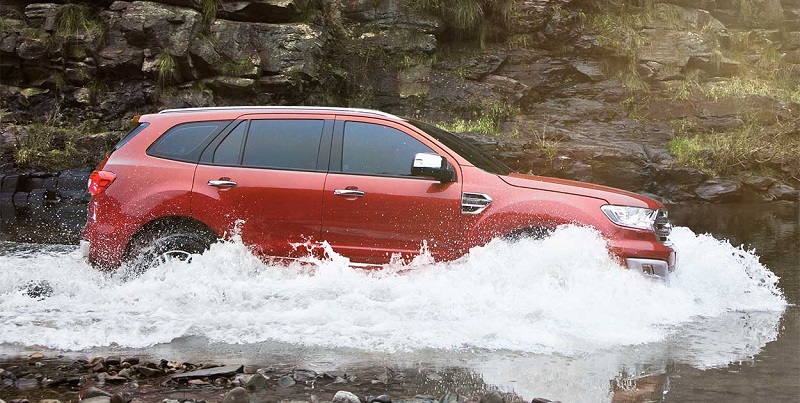 Performance in the Ford Everest

The Ford Everest for sale comes with only one engine and one gearbox. Both of these are used across two spec levels. The Everest uses a 3.2-litre TDCi five-cylinder turbo-diesel engine from the Ford Ranger. The engine is not exactly the same though however, this one has received some very efficient upgrades. 147kW of power and the torque clocks in at 470Nm. All of this is channelled to a four-wheel drive setup that runs through a six-speed automatic gearbox.

A clever little ability that the new Ford Everest has is to automatically transfer torque between the front and rear wheels. This allows for the most grip that the car can muster and maximum traction on and off-road. If you only have one wheel on the ground. This system will send everything to that tire. This means you can get out of those nasty off-road balance issues without much trouble.

We can see by the pricing that Ford intends for the Everest to be a premium competitor in the luxury SUV market. This car will have to challenge the new Toyota Prado and Toyota Fortuner models that will also be coming out soon. The Ford Everest range will be expanded with other engine variants and additional gadgets, but that will only happen late in 2016. As far as we can see, this is what will be introduced into South Africa before Ford makes the additional models/packages available: The 3.2 TDCi XLT 4×4 which will be going for R593 900 and then the 3.2 TDCi Limited 4×4 that will retail for R646 900.

If you are now in the market for a Ford Everest for sale, then Auto Mart has you covered. This handsome off-road beast can traverse the streets and allow you to head off into the wilderness. If you are selling your Ford Everest you can place a free advert on Auto Mart Today. 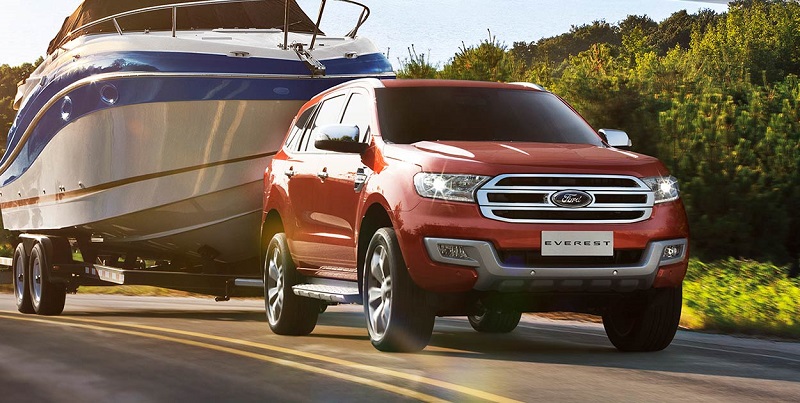