Modern Day Classics – Cars with the potential to become classics

Today the Auto Mart team takes a closer look at some of the cars produced during 2000 and 2009 that has the potential to grow in value as time progresses. Do know however that by ‘collector car’ and ‘modern day classics’ we do not necessarily mean that these cars will be showcased in the museums of the future. Instead, these cars for sale offer a stunning driving experience that will not soon be forgotten.

Our list comprises of a range of cars – from a Honda S2000 for sale to a Mazda RX8 – and made this list because of their price, desirability, abilities and their limited availability. These are modern day classics you can enjoy without having to sacrifice your right arm.

Manufactured between 1999 and 2008 by Honda, the S2000 was, and still is, a beautiful Roadster with just enough power to blow you away. Not really selling that well in South Africa – some saying that it was due to pricing – the Honda S2000 was introduced to the public as a concept in 1995 at the Tokyo Motor Show.

Fitted with a two litre engine, the S2000 produced 177 kW power with 208 Nm torque. Reaching 100 kilometres per hour in about six seconds, the S2000 might not have been the fastest of its time, but it was a car that engaged the driver, producing 8 300 rpm. 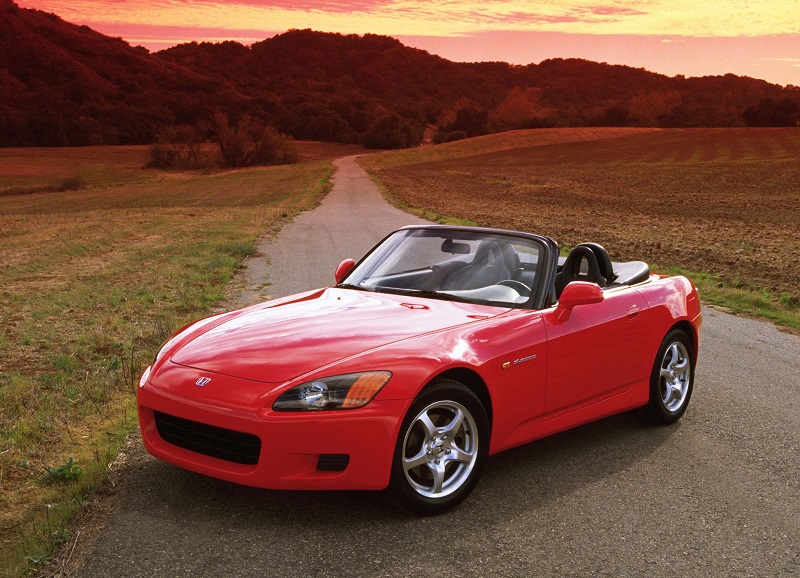 With a six speed manual transmission, the Honda S2000 for sale was, and still is, a fun and sporty ride.

Design and look wise, the Honda S2000 is a sexy car with a classically sporty look you will fall in love with every time you lay your eyes on it. The first generation featured electrically assisted steering and a double wishbone suspension. Its engine was mounted behind the front axle, giving these cars a front and rear weight distribution of 50/50.

If you are interested in finding cars for sale, Auto Mart is a stunning place to start. Considering buying the bug-eye Impreza? You can expect to pay anywhere between R 100 000 to R 150 000. 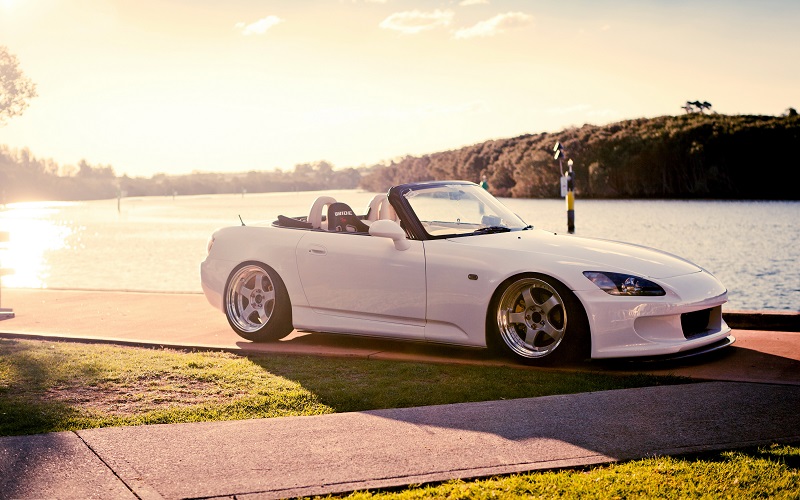 A beautiful sports car manufactured by Mazda between 2003 and 2012 (the 2011 model being the last year model), the Mazda RX8 for sale was only available in South Africa up until 2009. Making its debut appearance at the 2001 North American International Auto Show, the RX-8 from Mazda made use of the Wankel (or rotary) engine.

The older brother of the RX-7, this beauty was officially killed on the 23rd of August, 2011. 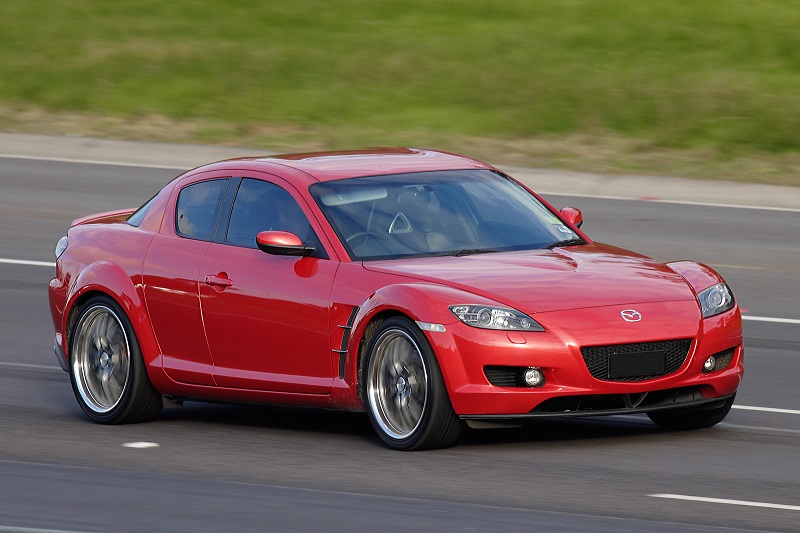 Offered in a five speed manual and a six speed manual transmission, some believe that the RX-8 was underrated. Delivering a unique and smooth ride, it was not only beautifully designed, it also had some kick in it. The six speed had a torque of 211 Nm and delivered 170 kW of power at 8 500 rpm. The five speed transmission delivered less power, measuring in at 141 kW.

Note: The engine used in the Mazda RX8 for sale became known for its high oil consumption. When deciding to buy an RX-8 model, have a full check-up done on the vehicle. Current pricing for these models are estimated to be between R 95 000 and R 130 000.

On an interesting note, the RX-8 was also used by private racers in a number of racing series. Campaigned by SpeedSource Race Engineering, some titles include the 2008 and 2010 wins in the GT Class of the 24 Hours of Daytona. 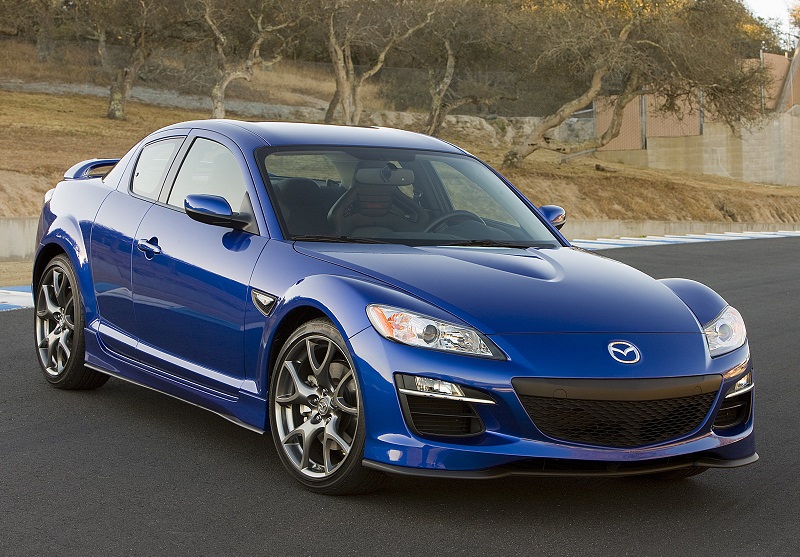 Boasting a striking look, these models were fitted with a mid-mounted V6 engine. These Phase 1 beauties delivered over 160 kWs of power and a torque of 300 Nm. What were probably most noticed about these models were their large side air inlets, wide rear and large exhaust outlets. 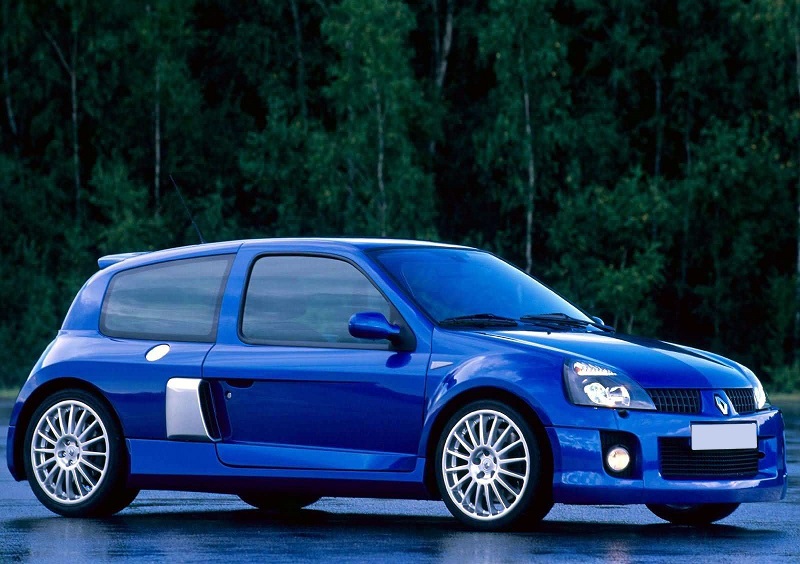 Its look really made it stand out and probably still makes it stand out today. Striking and bold in every way, this car didn’t just deliver a sporty performance, but had the look to go with it.

With an already unforgettable look, the Phase 2 models were more powerful, delivering over 180 kWs of power and a torque of 300Nm.

In South Africa however, these models didn’t sell as many units as you would expect from a bold car like this. Priced at over R 350 000 at the time, it was simply too expensive. If you are looking for a Renault Clio V6 for sale today, you can expect to pay anywhere between R 200 000 and R 250 000. 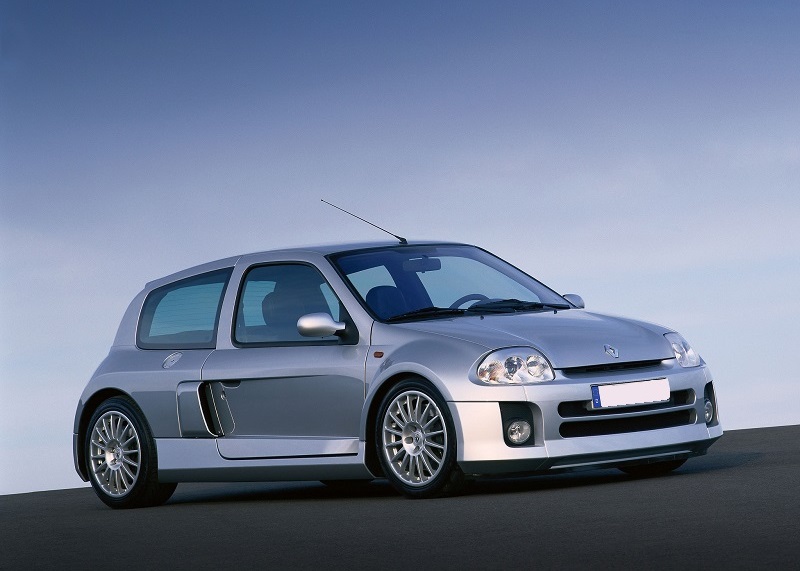 Pushed for by a group of engineers to go into production, the BMW M Coupe for sale was based on the Z3 Roadster. With a ‘shooting-brake’ style, giving the vehicle torsional rigidity, the M Coupe that was finally delivered to the consumer was almost three times stiffer than the model it was based on.

Fitted with a straight-six 3.2 litre engine from the M3 BMW, these models delivered a power of 236 kW and a torque of 350 Nm. Boldly designed and visually striking, the rear-wheel drive M Coupe not only produced an engine purr that would make you weak at the knees, but also delivered, reaching 100 kilometres per hour in under six seconds. 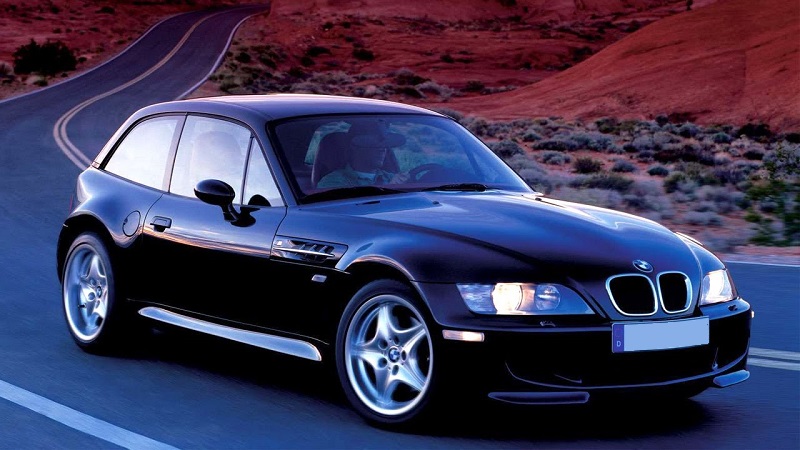 In South Africa, you will find a couple of models fitted with the AC Schnitzer Kit which included exhaust upgrades, trims and upgrades to the car’s suspension. Priced between R 150 000 and R 170 000, these bold cars from BMW also picked up a couple of nicknames including “The Clown Shoe”.

With a daring and unique design, it is easy to see why so many think that this beauty from BMW is worthy of making the list of modern day classics.

Whether you are interested in a new or more classic BMW, Auto Mart features a huge collection of cars for sale that will blow your socks off. 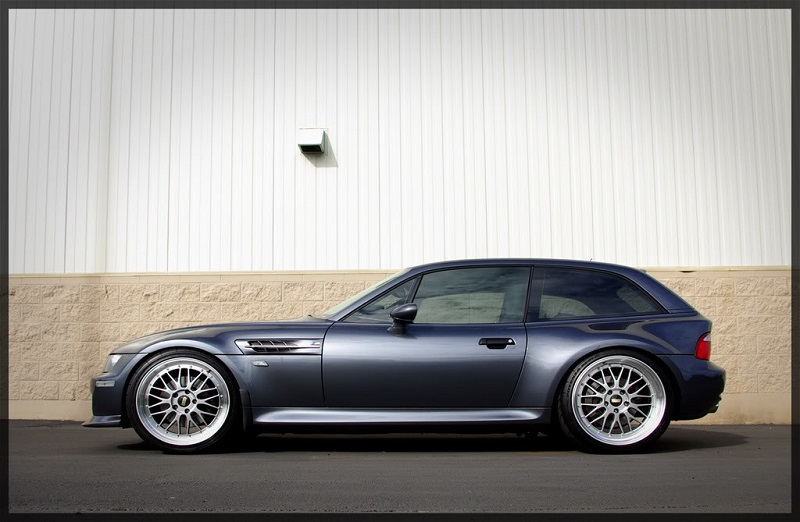 The Impreza WRX STI from Subaru

With the WRX and STI versions of the Impreza always being popular during the nineties, it was in 2002 when Subaru raised eyebrows with its second generation launch. This second generation, with its characteristic bug-eye look, drew a lot of criticism. Featuring oval headlamps – which attributed to its ‘bug-eye’ nickname – that many felt seemed out of place on an Impreza. Subaru debuted the face-lifted version of this second generation only two years later in 2002. 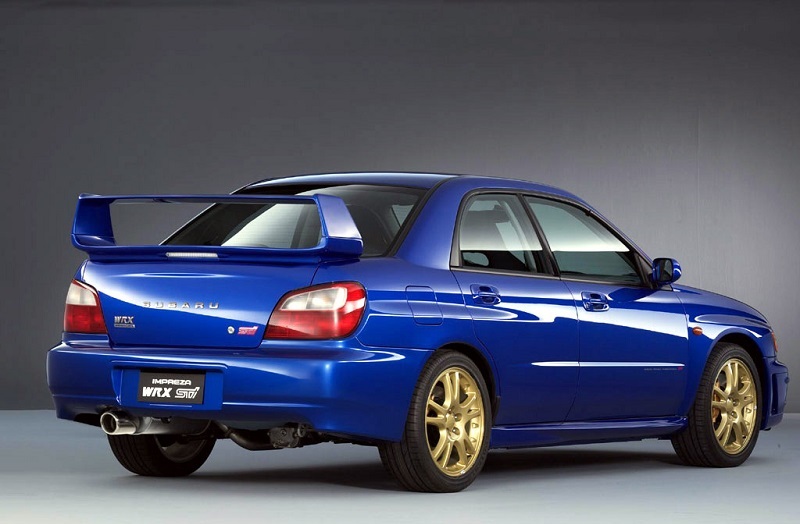 These bug-eye models are hard to find and, if you do find one, be sure to check it out properly. Extremely fun to drive and with a growing following, there are quite a few modified models out there. If you are looking for a Subaru Impreza WRX for sale, you can expect to pay anything between R 100 000 and R 150 000.

On an interesting note: The Impreza was introduced in 1992 as the replacements for the Leone and is currently in its fourth generation. 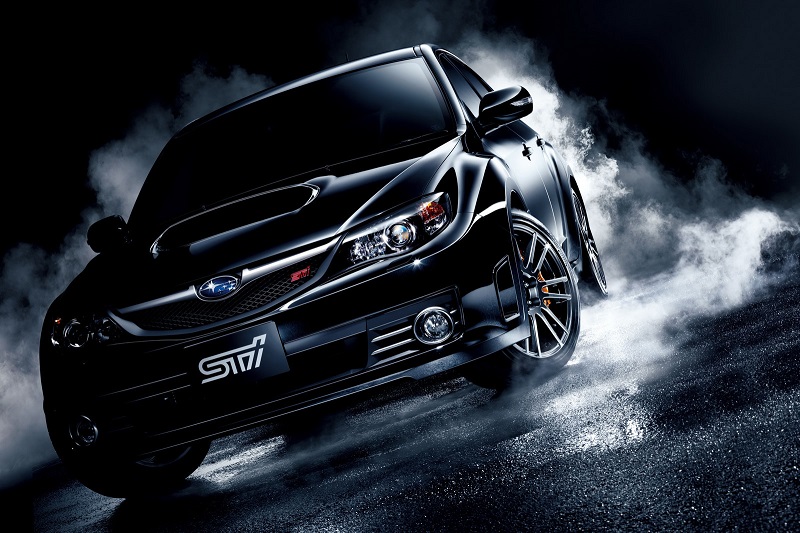 Though not an extremely rare car, the Audi TT was an important step in the growth of the Audi brand. The 1.8T Quattro Coupe, making its debut in 2002 in South Africa, was the real winner. With over 160 kW of power and a torque of 280 Nm, this was an all-wheel drive Audi TT Coupe for sale that delivered a thrilling driving experience.

Because there is such a high supply of these models, this price has been pushed down. Do note however that, those who could afford the price of the car, couldn’t necessarily afford the maintenance. So when pursuing a model, make sure you find one that has been well maintained.

Interested in finding an Audi TT Coupe for sale? Estimations show that you can expect to pay anywhere between R 80 000 and R 120 000. 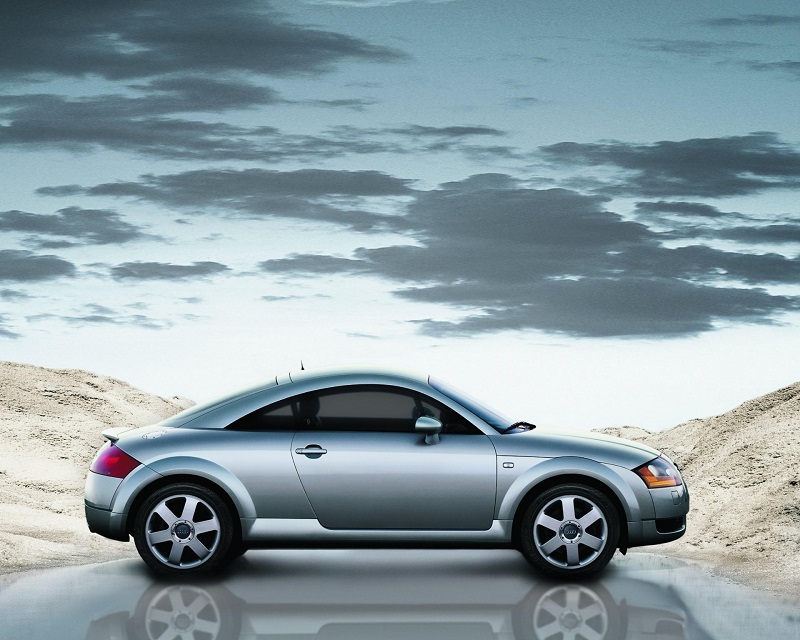 There you have it – a list of some of the cars for sale we believe is worthy of the name ‘modern day classic’.

Looking for a modern day classic to call your own? Auto Mart is the ideal place to browse, compare and buy. From a Mazda RX-8 to a Honda S2000 for sale, browse through the stunning collections on www.AutoMart.co.za to find your dream car. With thousands of cars for sale, you are sure to find the right vehicle to match your style and budget.