Home » Prepare to take off in an Aston Martin

Prepare to take off in an Aston Martin

If you are passionate about cars, why not find an Aston Martin for sale? A century of experience went into the production of the Aston Martin Vanquish. Luxurious, powerful and exclusive, the Vanquish is the ultimate ride. If you find an Aston Martin for sale in South Africa, you can cruise the city streets or head off on a weekend getaway in a stylish ride. Getting to your destination is no longer a chore but an exquisite journey. Another popular choice is the Aston Martin DB10. Take a look at the overview of the Vanquish if you want to know more about this extraordinary car. 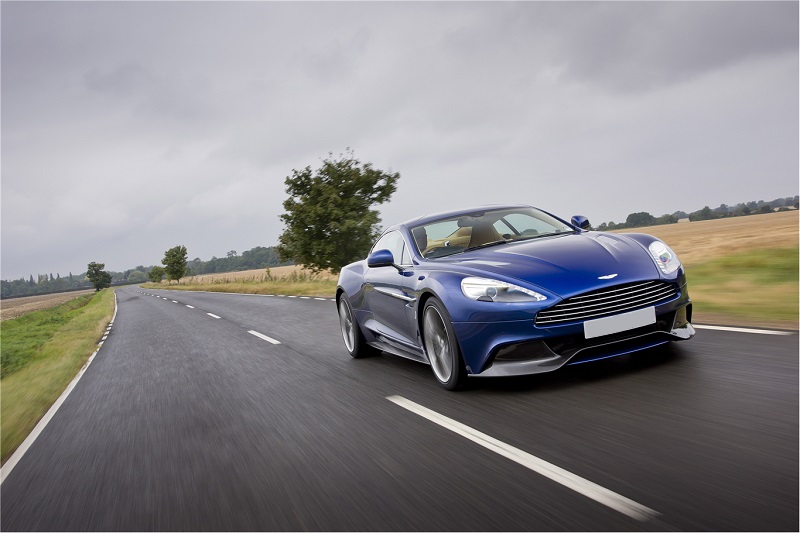 A brief history of Aston Martin

Aston Martin cars were first produced in 1913 after the company was formed as Bamford and Martin Ltd. In 1914 the name Aston Martin was introduced. Over the years the brand has gained a reputation for excellence. In 2013 it celebrated a century of success. Renowned for producing some of the most coveted cars in the world, Aston Martin marked the occasion by designing the ultimate car. With its elegant design and quality materials, the Aston Martin Vanquish is the epitome of exclusivity. The Aston Martin price reflects its superiority on the road.

The style of the Vanquish stays true to the Aston Martin legacy while incorporating the latest advancements in car design. Its form is inspired by the One-77 supercar. It has an aggressive stance on the road and a performance to match.

The Aston Martin Vanquish is equipped with the AM29 V12 engine which is the most powerful engine that the automotive manufacturer has produced to date. The expertly crafted engine produces 568 bph of power. Built to impress, the Vanquish can reach 100 kph in 3.6 secs and it boasts a top speed of 201 kph. Not only does the Vanquish have a powerful engine, its Touchtronic III ZF eight-speed automatic transmission maximises its performance. The eight-speed transmission offers a superior shift quality as well as an outstanding acceleration.

The frame of the Vanquish is constructed from aerospace engineered carbon-fibre. Not only is the Vanquish beautifully crafted, it is also produced from the finest materials. This material results in the Vanquish having an impressive strength-to-weight ratio.

The Exterior of the Vanquish

The exterior of the Vanquish creates high expectations but you won’t be disappointed when you enter its cabin. Not only is the interior of the Vanquish beautifully crafted, it is also equipped with the latest technology. Another reason to find an Aston Martin for sale is its innovative infotainment system which makes it simple to adjust the cabin environment. Ergonomically designed and stylishly crafted, the interior of the Vanquish adds to its allure. Not to mention that its cabin offers drivers the ultimate in luxurious finishes. With a wide range of material options, you can add a personal touch to your vehicle. 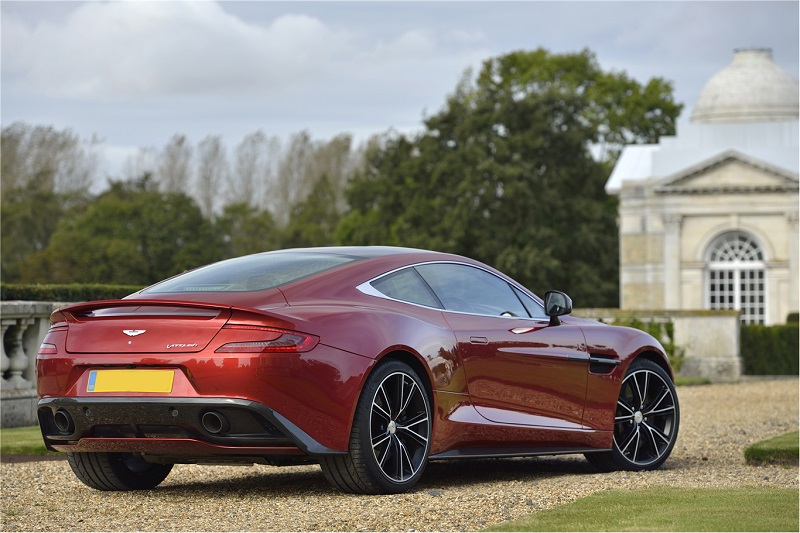 A look at the Interior of the Aston Martin Vanquish

The Vanquish offers a more spacious interior as well as increased storage space. The car’s occupants can enjoy legroom which has been increased by 37mm. The boot space and interior have also been extended. While the space of the interior has increased it still has an intimate ambiance. Luxurious and comfortable the cabin is expertly designed. Its technology adds to its appeal. An innovative addition to this model is the haptic feedback which is activated by pushing a glass button. The hand crafted glass buttons are a sophisticated touch to the interior design. Aston Martin is well-known for their leather craftsmanship and the Vanquish is no exception. Embossed Strathmore leather is standard in these vehicles while you will also have the option to upgrade to Caithness or Balmoral. 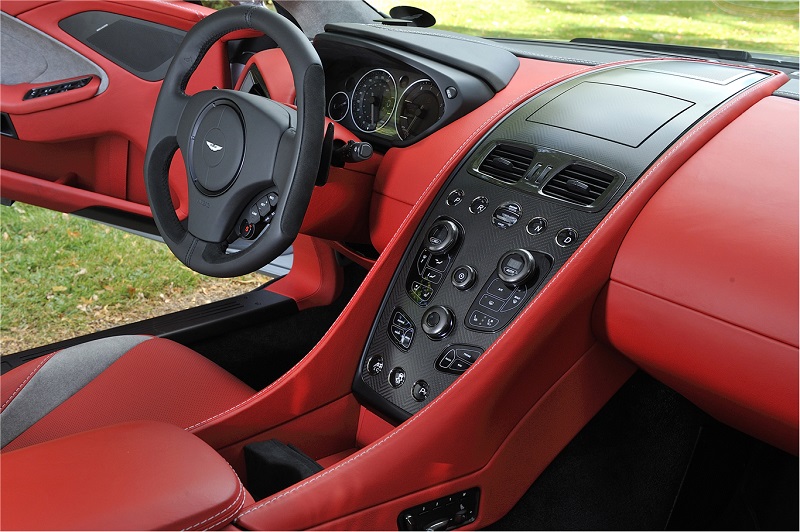 Options for this model include personalised sill plaques, vanquish embroidery and wings embroidery. You can also choose to add an alarm upgrade, second ECU glass and a rear parking camera. An auto dimming mirror and heated seats are other functional features that you can choose to add. Accessories give you the option to personalise your car as well as serve a practical function. Valve caps, car covers and carpet mats are practical accessories. Buying a two piece or four piece luggage set is another option. You can also add a picnic hamper. If you are looking for an Aston Martin for sale, the Vanquish is a great choice.

With their eye-catching design and breath-taking performance it is easy to see why Aston Martins are incorporated into the James Bond movies. The latest movie, Spectre, involved the destruction of 484 million Rands worth of Aston Martin cars. The high expenditures during the production process make it one of the most expensive James Bond films that has been produced to date. In the movie James Bond, who is played by Daniel Craig, uses an Aston Martin to cruise the city streets of Rome. 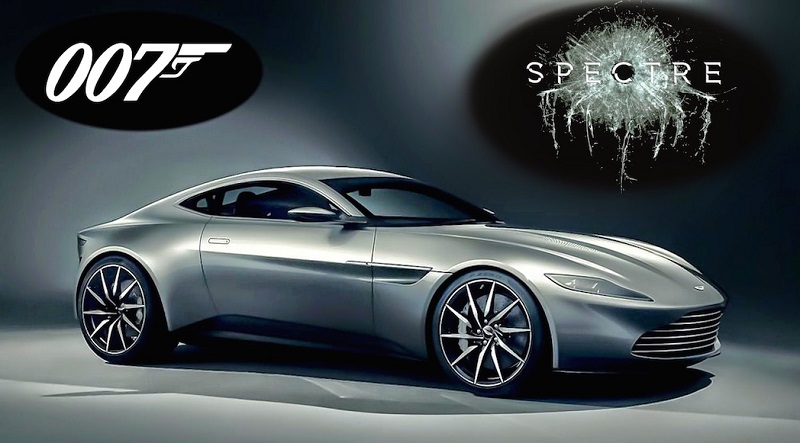 Looking for an Aston Martin for sale that you can call your own? Auto Mart is a great place to shop! From a V8 Vanquish to a DB9, you will find it on www.AutoMart.co.za! 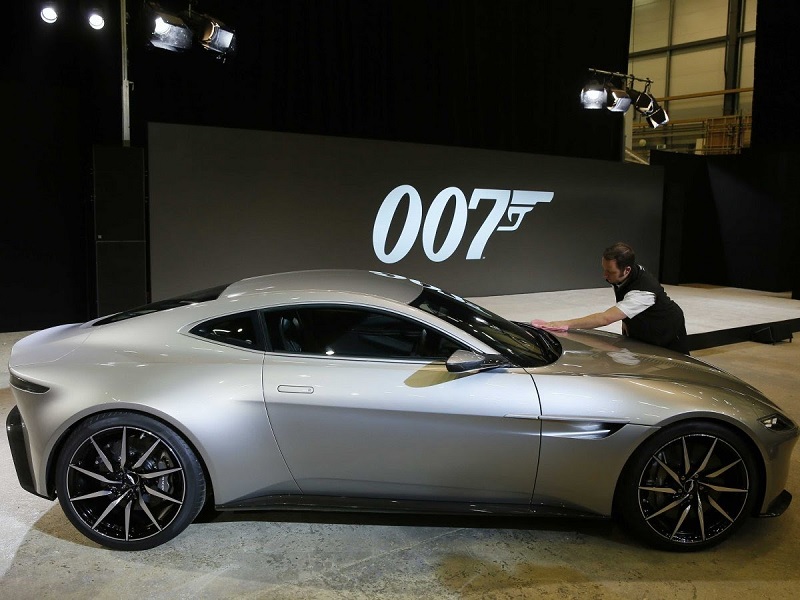