We all know the Subaru Impreza to be a racing car. This vehicle has always been prized for its speed and agility, but the newest model gets even better. The latest Subaru Impreza for sale now holds the title for being one of the safest cars in production and has recently won the Top Safety Pick+ award from the Insurance Institute for Highway Safety’s testing grounds.

The safety system that was rated here is part of the optional package that features a new EyeSight driver-assistance and safety system. We will review the car a bit later in the article and go through all of its features. The Insurance Institute for Highway Safety tested the Subaru WRX through all five of their crash tests and gave the car passed with a “good” for all these tests and a “superior” for the vehicles optional front-crash prevention system. The WRX completely avoided collisions in track tests at 20 kph and 40 kph. 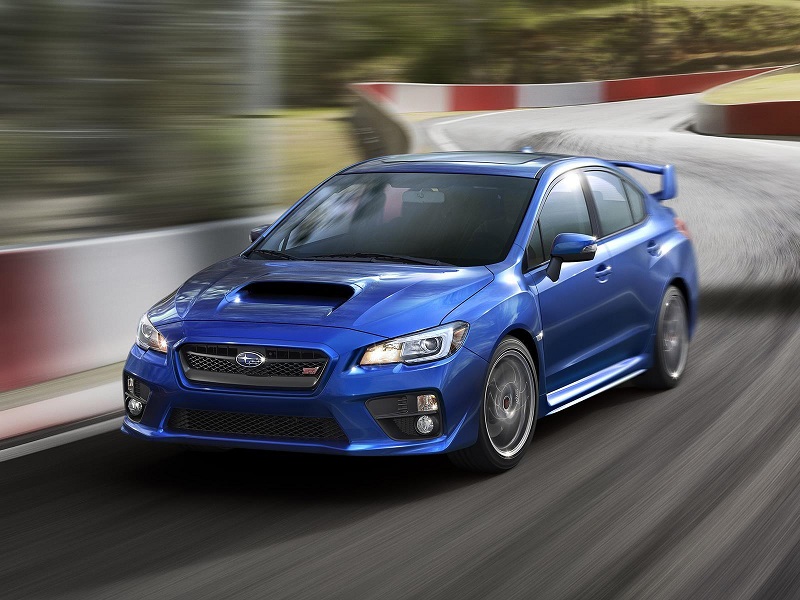 The car hasn’t changed much from the previous model as it underwent a massive renovation. The WRX got a new bonnet and front bumper. The vehicle was given a wider wheel base and a more aggressive slope in its bonnet. These changes were carried over to the latest WRX with the additional 18-inch wheels as an option and an overhauled infotainment system. There is however a 5 door hatch model available which is new to the WRX lineup. 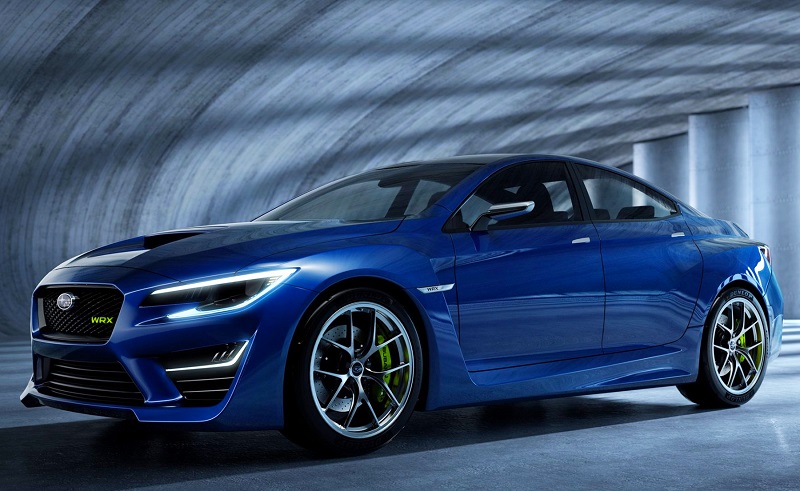 The Subaru WRX has never been about the creature comforts. The interior has always taken a back seat to the vehicle’s performance and the latest model isn’t any different. You get a basic design and pretty standard layout here with a nice sound system and 6.2-inch screen infotainment screen.

One great thing about the car is that’s its very roomy inside with plenty of cargo space and a massive 12 cubic foot boot. The WRX is and always will be a driver’s car so the seating position is very important. It has very nice and firm bolstered sport seats. The car sports excellent outward visibility, and large side mirrors so you always know what’s around you. 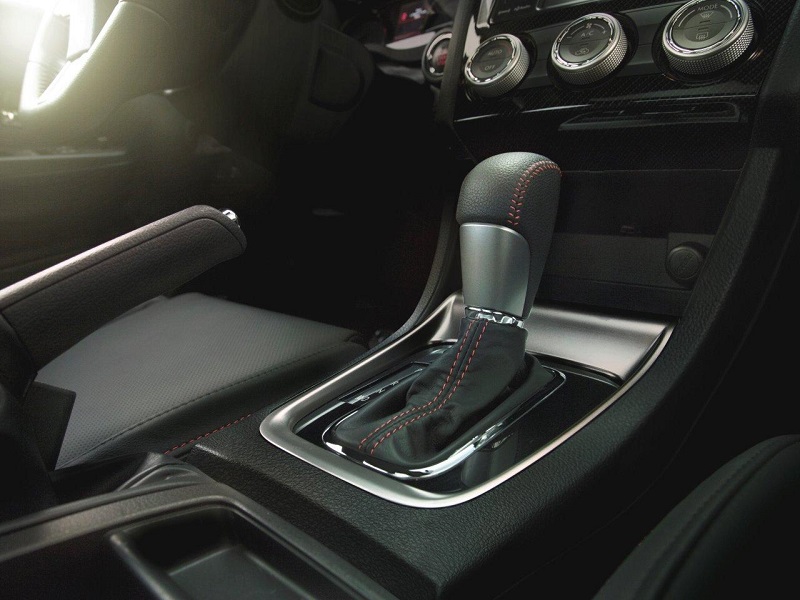 The latest WRX comes in three trims packages: namely the base WRX, WRX Premium and the WRX Limited. All of these packages have the same engine which is a 2.0-liter turbocharged flat 4-cylinder with all-wheel drive (AWD). The higher trims include some great creature comforts such as a sunroof and plush leather seating and the Limited model offers a continuously variable transmission (CVT).

The vehicle comes in an even more elite variant which is the Subaru WRX STI and the Subaru WRX STI limited. The WRX STI has everything that the WRX has and more. It has a wider variety of comforts, like the dual-zone automatic climate control, windshield-wiper de-icer, heated front seats and heated door mirrors. The limited Subaru WRX STI for sale has even more extras. The vehicle comes with a blind-spot monitoring, proximity key, rear cross-traffic alert and push-button starting. A larger Starlink navigation screen, and the Harman/Kardon audio. Leather all around and an eight-way power driver’s seat. 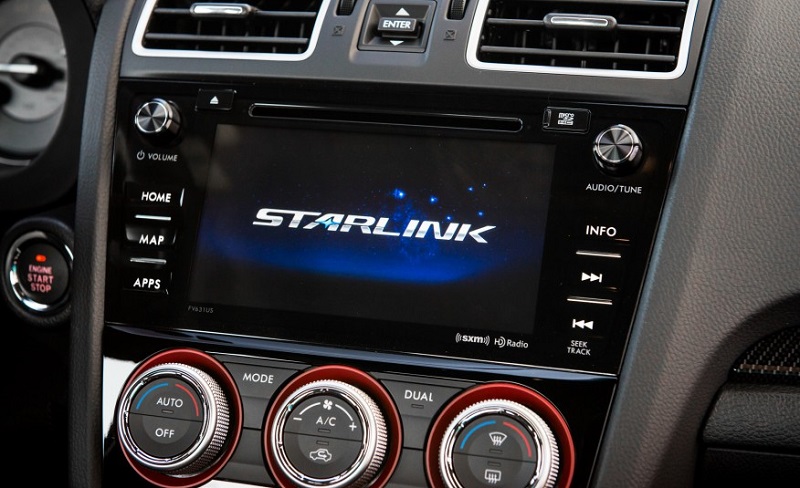 As we have mentioned, the WRX is all about performance. Under the hood, there is a 2.0-liter turbocharged engine with 268 hp and puts out 350 Nm of torque with minimal weight gain from the previous models. This is channeled through an all-wheel-drive system and a standard six-speed manual transmission. The optional packages, with the CVT transmission, have steering-wheel-mounted paddle shifters which is available for the Premium and Limited trim levels. The Premium and Limited trims have also been changed slightly as they get inverted front struts which improve the vehicles handling.

The STI is a more powerful variant. This version has a 5-liter turbocharged four-cylinder boxer engine which is rated at 305 hp and 350 Nm of torque. The transmission is a beefed-up six-speed manual. It also has much better fuel consumption than the standard WRX. The Subaru WRX STI gets 8.6 litres per 100 Km. 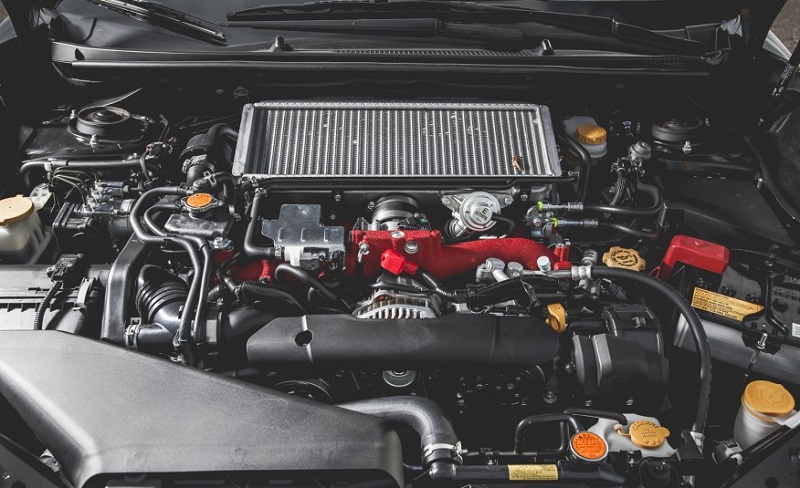 As we mentioned earlier, the Subaru WRX did extremely well at the Insurance Institute for Highway Safety’s testing grounds. The WRX utilises active torque vectoring which works with the Vehicle Dynamics Control to keep the car on its desired path by countering over or under steering around the corners. This system uses brakes to control the car’s AWD system. The car uses antilock brakes and a reinforced frame system to keep your passengers safe. Inside the cabin there are passenger airbags and side curtains. Then there is a knee airbag on the driver’s side for extra protection.

The main safety features can only be found in the higher spec packages. Here you will find the EyeSight system which is a windshield-mounted sensor that gives you features including blind-spot monitoring, adaptive cruise control, and controls cross-path alerts.

Here are some great Subaru WRX models for sale on Auto Mart: 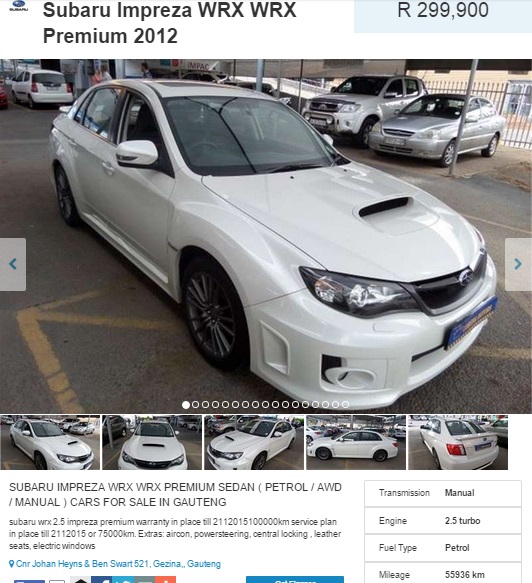 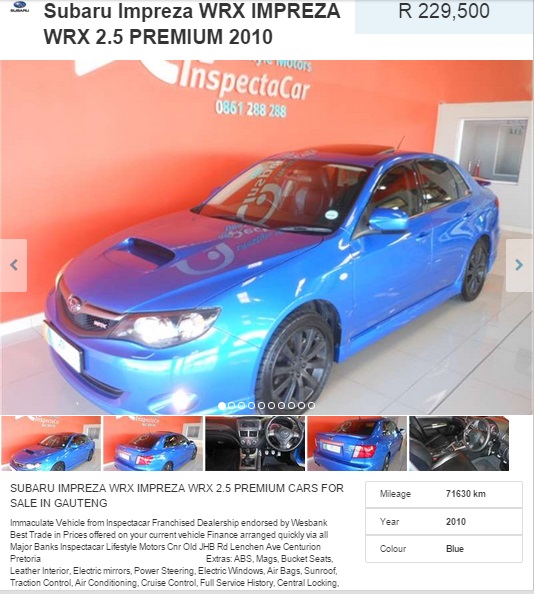 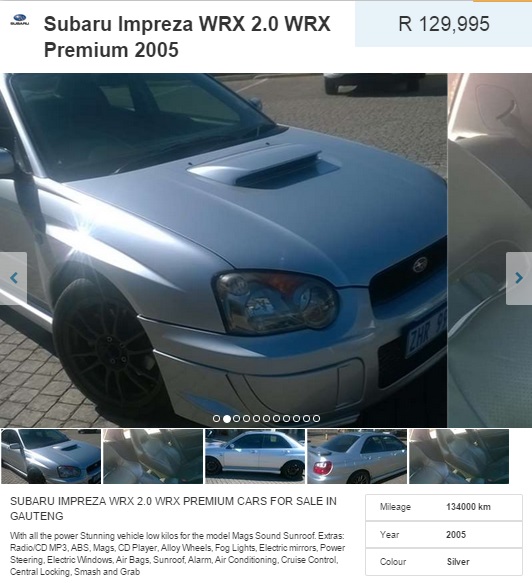 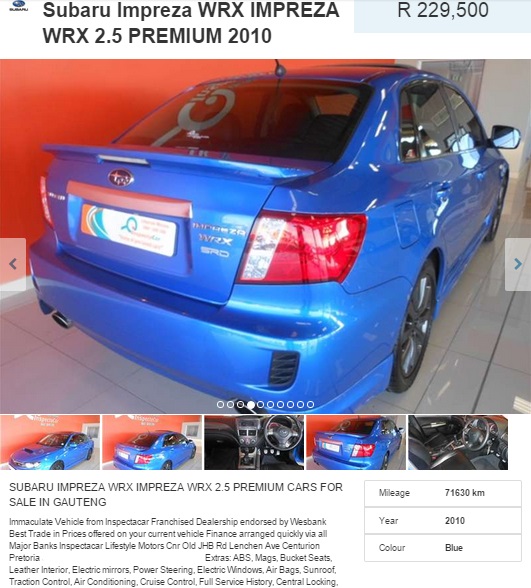 If you are a petrol head and want performance perfection but safety at the same time, then why not browse through the many deals on a Subaru WRX for sale in South Africa on www.AutoMart.co.za? Do you have a Subaru Impreza for sale? Check out Auto Mart and place your free advert today.