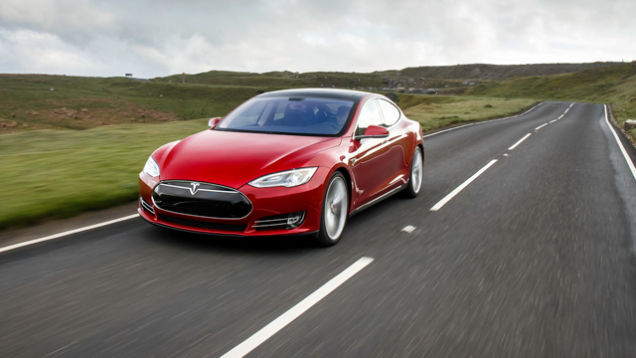 After all the hype and anticipation, Elon Musk finally unveiled the Tesla D. A lot of fans were however a bit disappointed as the mysterious and cryptic messages leading up to the release left many believing the Tesla D would be a self-driving car. Unfortunately, this is not true, but none the less we are still excited about Tesla’s latest release. And here is why:

The Tesla D is more than just a battery operated car when we compare it with the previous Telsa model releases. The Tesla D more precisely known as the Tesla Model S P85D packs a punch with dual electric motors mounted in each axle with the All-wheel-Drive giving it added grip. The D in this instance standing for “duel electric motor”.

The Tesla S P85D has officially nailed the reputation for being the fastest 4 door sedan in the world that went into production boasting an acceleration of 0 – 60mph in 3.2 seconds (0 – 96kmh in 3.2 seconds) outputting 416 horsepower and a 85 kWh battery pack which makes it quicker than the latest BMW M4.


While we were expecting a self-driving car, The Tesla P85D offers an auto pilot feature (driver-assistance systems) that uses a number of camera sensors and radar that allows the car to read and interpret road speed limits and adjusting its speed to that of the road sign. When the driver pushes the turn signal lever, the car will change lanes on its own.


This seems that this is just the beginning for Tesla. Elon Musk has also announced that more models will follow in the Tesla range. But we are curious to know if Tesla will have a dealership coming to South Africa? Until then… Visit Auto Mart to find your latest car anytime, anywhere on mobile or web.