Home » Meet the largest engine in the world

Meet the largest engine in the world

Have you ever heard about the Wärtsilä RT-flex96? We don’t blame you if the name does not sound familiar. Now allow us to introduce you to the world’s largest reciprocating engine.

The Wärtsilä RT-flex96 is designed by a Finnish industrial manufacturer by the name of Wärtsilä and thus decided to name their engine accordingly. The engine was designed for large container ships that run on heavy fuel oil. (Heavy fuel oil refers to fuel like diesel that needs a high pressure in order to combust, compared to normal car petrol for an example).

The biggest version of the engine is a 14-cylinder monster and stands at 13.5 meters tall, 26.59 meters wide and weighs over a whopping 2300 tons. This version of the engine was first put into service in September 2006. This engine can deliver 7603850 newton meters of torque at only 102 revolutions per minute, that is up to 5720 KW per cylinder. The Bore on the engine is an unbelievable 960mm – As you can see with the size of the pistons in the photos. Each piston stroke is about 2,5 meters. That means that the piston moves up and down in the length of 2.5 meters and the crankshaft weighs over 300 tons. 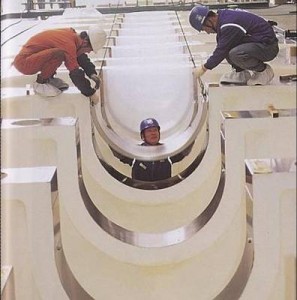 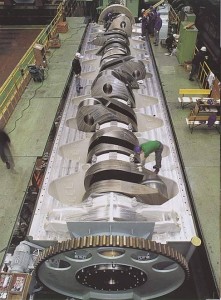 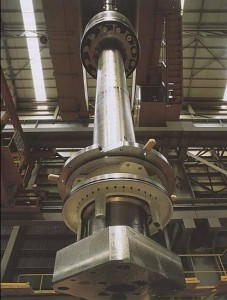 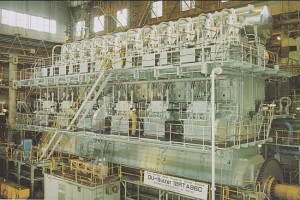 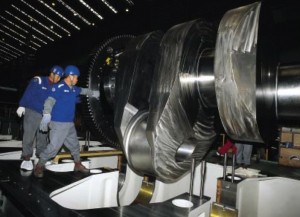 So what do you think of this monster of an engine? Big enough for you? If it isn’t big enough, good luck trying to find a larger engine anywhere in the world…

When asked to sum me up some of the words that normally pops into conversation is spontaneous, innovative, helpful, passionate, humorous and with a broad view of interests. I am an extrovert both online and offline and I regularly engage in thrill seeking activities and adventures both in the digital and real world.