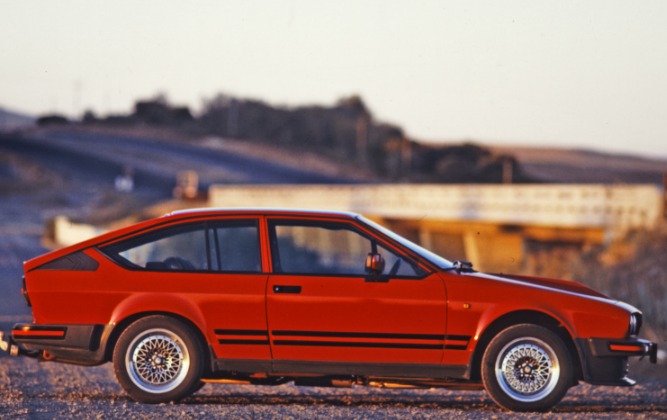 One of the better Alfa Romeo models was marketed from 1981 to 1986 as the GTV6, essentially a coupe version of the Alfetta; the GTV6 kept the four-seat design but just brought a booming 6-cylinder engine and Bosch fuel-injection to the table.

With upgraded suspension, brakes, transaxle and tires the GTV6 was portrayed as ‘the most powerful production car ever to be built by Alfa Romeo’, the GTV-6 came 1st and 2nd in the Group One Class of the Castrol Three Hour Endurance Race at Killarney in 1983 along with winning the European Touring Car Championship, The British Car Championship and many other national racing and rally competitions.

The GTV-6 has a higher power-to-weight ratio (97.2W/kg to 112.5) which ensures dramatic pull away and sprinting ability, reaching 0-100km/h in 8.36 seconds but still has outstanding balance and overall handling.

With a max speed of 224, 2 km/h and a fuel tank capacity of 75 litres the GTV6 isn’t a complete waste of sheet metal.

Giorgetto Giugiaro helped with design on the GTV6 getting all the ingredients right of a true Italian sports car like leather upholstery, high grade carpeting and air conditioning. The GTV6 was regarded as the ‘best-sounding V6’ on the market at the time.

Racing versions of the GTV and GTV6 were built by Autodelta and in 1986 the Alfa Romeo GTV6 was one of the fastest Group A rally cars to be produced, it was also in this year when Alfa turned their Group A racing and rallying efforts to the 75 Milano sedans. 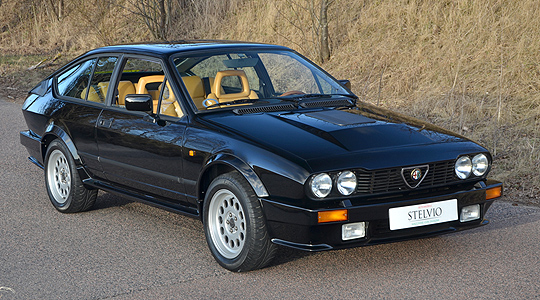 The GTV6, awkward yet aesthetically pleasing flaunts some eye-catching features, large bumpers, sharp lines and a hunch-back like hatchback. A grey GTV6 was also featured in The James Bond movie ‘Octopussy’.

You can’t call yourself a petrol head if you haven’t owned an Alfa Romeo. Even if they will make you hate them every now and then, it’s a love that cannot be explained. Maybe this is the perfect Alfa to start your motoring affair with.