Home » Some Interesting Facts About Ferrari

Some Interesting Facts About Ferrari 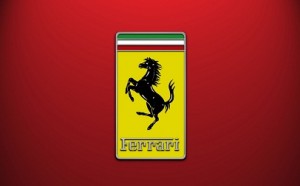 If you hear the word “Ferrari” it brings many things to mind. F1 fans and fans of sports cars and supercars will definitely know what it is. There’s more to this company than meets the eye and for that reason I’m featuring some interesting facts about Ferrari today.

It’s many a boy’s childhood fantasy to own and drive a Ferrari one day. But they are not the only ones. It’s one of the fastest and one the most expensive cars that you can drive. It’s the car of choice for many well-paid Hollywood actors and rock stars.

Fact is: if you could afford a Ferrari, you’ll probably own and drive one – no doubt about that.  And don’t forget about the huge flock of loyal Ferrari F1 fans out there – their team probably has the most supporters in the world’s premier car racing tournament.

Here are some interesting facts about Ferrari that you might not have known:

There you go, some interesting facts about Ferrari. If there’s anything else that you want to add to this list, feel free to comment on this post.

Check out this Shell Commercial from a few years ago featuring the Ferrari F1 cars over the years:

If you’re looking for a car, you’re more than welcome to check out the classifieds on AutoMart and Junk Mail. You might just find that car you have been looking for. If you are looking to sell your vehicle, feel free to place a free via AutoMart or via Junk Mail for immediate online exposure.